Nadia Waheed: "Notes From a Windowless Room" at Raw Paw

Explorations of identity by an artist of color, of colors, of many colors 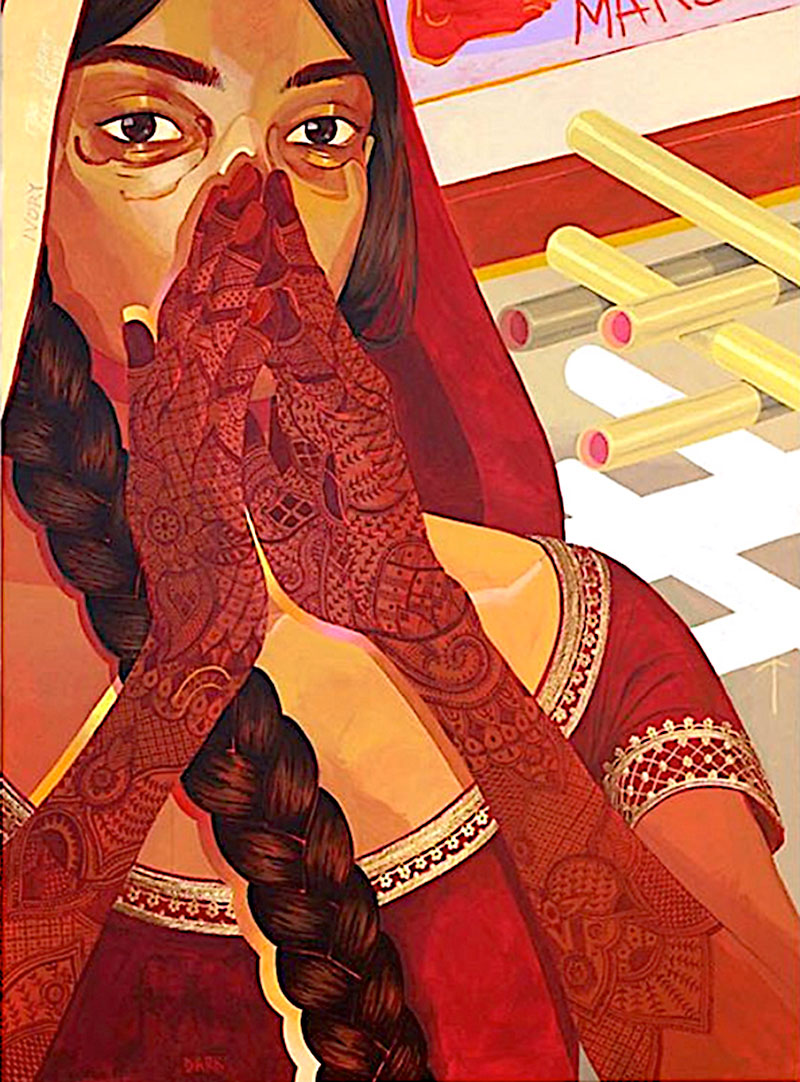 Not that the artist or anyone else promised that there was going to be such a book; not that the paintings require a book of such texts as the title evokes (the artworks themselves are, after all, those notes – proverbially valued at 1,000 words per picture, although we reckon these creations of Waheed's are worth at least 10 times that due to size alone, to say nothing of their beauty – although we'll be saying something of their beauty soon enough); not that the universe is ever, you know, fair.

But, oh my, the paintings. "These paintings are an effort to form a bridge between my Pakistani heritage and my Westernization," says the internationally raised artist who currently lives in Austin and has a studio in the Museum of Human Achievement. Waheed's art attempts to bridge the cultural gap primarily by exploring the brown female nude. "It's taboo imagery," she says, "which I wouldn't have been able to deal with as directly in Pakistan. I also consider the slow degradation of my native language, being away from Karachi, leading to additional explorations of assimilation, Americanization, and Westernization. I strive to make a comprehensive image that melds connection with the self with racial and cultural identity, using the figure as a vehicle, rounded off with a meandering through any subconscious imagery that surfaces while making the work."

This is often a good thing for an artist – that whole aspect of "art as intentional embodiment of identity" that silly people might reduce to just "art as therapy" – but it's not always a good thing for an audience. Waheed's audience, though – whichever viewers lay their eyes upon her rich visions, translated to pigments on canvas – that audience receives nothing but reward after reward. There's that beauty we mentioned earlier: It's an almost unavoidable quality when an artist of sufficient skill is "exploring the brown female nude," we'd insist, and it's heightened when an artist of Waheed's level is at her work. This is line-drawing realism at its simplest and most effective, although the stunning linework (evidenced in the artist's relentless sketchbook recordings) is largely subsumed by a diverse color palette that reminds us of works by Asaf and Tomer Hanuka: so many seldom-seen pastels – umbers and ochers and pinks and muted lapis – working the eyes' rods and cones, rendering the feminine subjects, evoking those instances of "subconscious imagery" that add intrigue to the bright surroundings.

But the Hanuka brothers are known primarily for their sequential art industry, and so the reminder again provokes that pining for a book, a tangible library addition of "Notes From a Windowless Room." Because with such lovely and symbolically complex works as Waheed's at Raw Paw, we want to see them again, even smaller – and we want to see them if not as linked segments of a directed narrative, then at least arranged in some artist-chosen order and with her own textual explications. Maybe because we're overly fond of (or accustomed to) graphic novels. Or because Waheed's fascinating figurative artwork simply reminds us so much of the best visuals (those Hanukas again, but see also Moebius, James Jean, et al.), comprising the strongest of those hybrid creations – and because the artwork evokes a multitude of stories yet untold.

We're only half-kidding here about the book. Because all you really need is to feast your eyes on what Nadia Waheed has chosen to display, and your hunger for beauty will be assuaged even as your appetite for more is whetted. 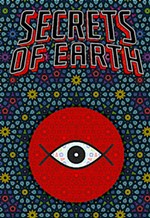 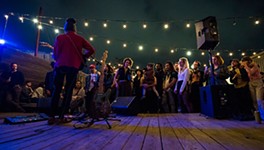