Snapshot: Levitation All Lit Up

Psychedelia doesn't exist without a visual element. At least, that's the consensus of all the local visual artists who "Snapshot" shadowed during Levitation. The psych music fest resurfaced last weekend across the Red River Cultural District and other satellite venues after a two-year hiatus.

"Sight and sound are the two primary senses we use to navigate the world," says Bob Mustachio, the Black Angels' visual artist (aka Mustachio Light Show) for the past seven years and leader of Levitation's light show team. "If you can lock in your two primary senses and synchronize them and play off each other, it creates a bigger experience that sucks you into it and that's why it's called psychedelic."

By extension, that means the fan experience during Levitation depends on a visual artist's conversation with the music and the feelings evoked by it. So "Snapshot" asked each artist and their affiliates: What feelings should visuals aim to conjure? What's the end goal? 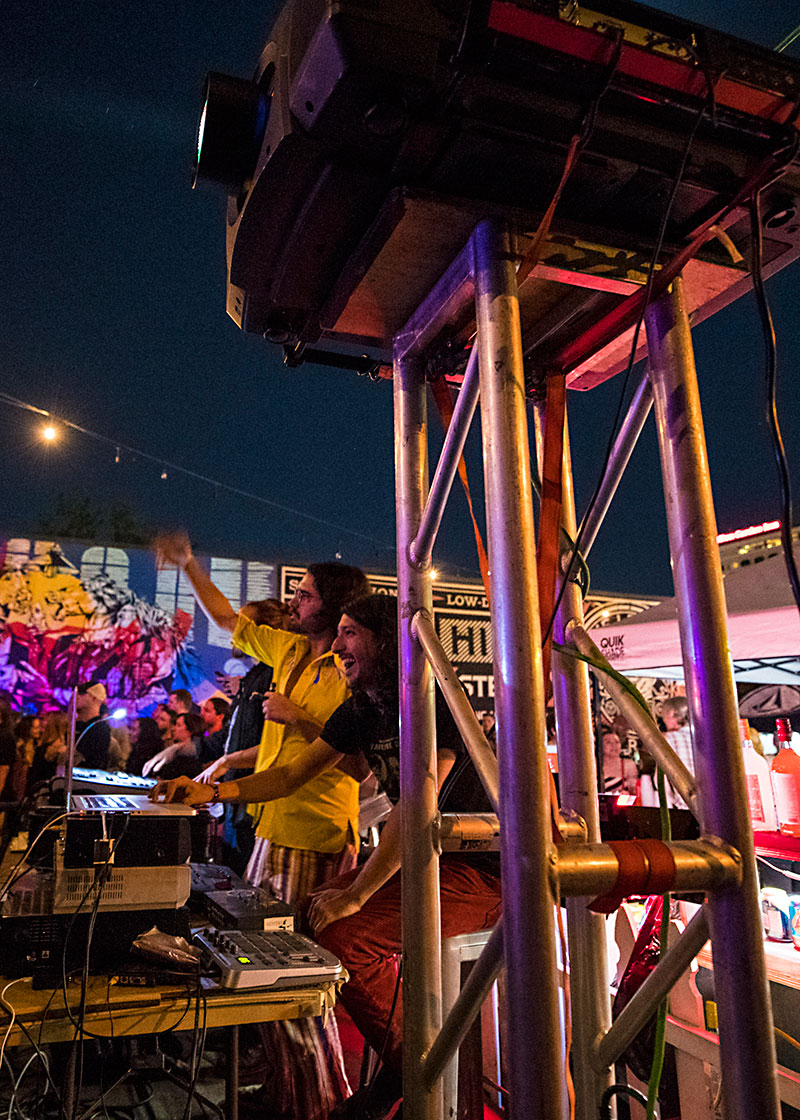 Fez Moreno (aka Etherwave) during Dan Deacon, Saturday at Empire Garage: “I want people to feel like the outside world has stopped and the music and visuals transport them to a place that is suspended from reality and allows them to have that moment of, ‘That’s why I come out here and pay for this.’ It’s to go deeper into the psyche, to take it a little further than just entertainment.” 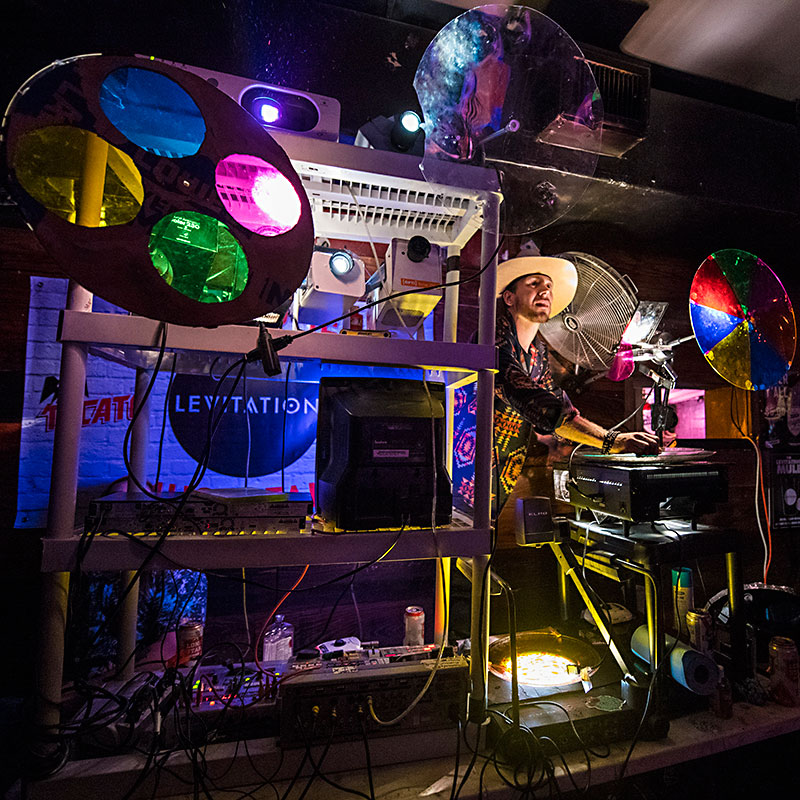 Dustin Braden (aka Lysergic Lights) during the Risin’ Sun, Sunday at Hotel Vegas: “I just want to invoke a psychedelic trip in a sober state. So basically, in your sober state you would think, ‘Oh man, this is really freakin’ me out,’ and it almost makes you actually freak out, but you’re cool. It gives more movement to the music – I think that’s why it’s invaluable.” 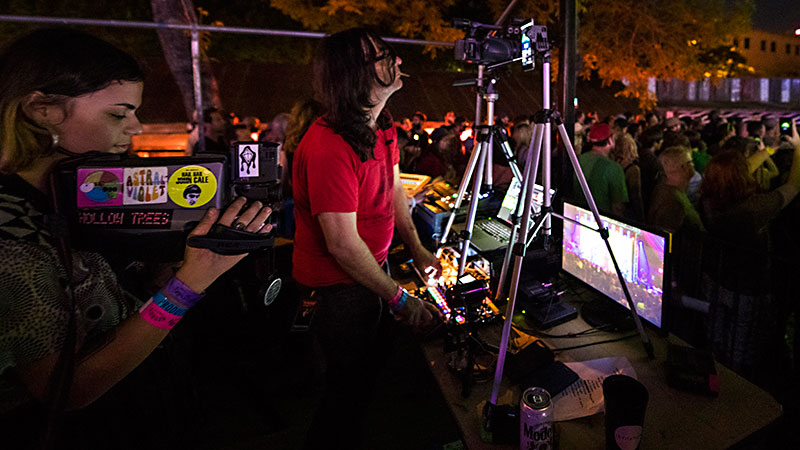 Sydney Quezada (aka Astral Violet) and Mustachio tag-team the Black Angels, Sunday at Stubb’s: “I don’t really premake any content or plan stuff out, so it’s all influenced in the moment by what I’m hearing and my environment,” says Quezada. Adds Mustachio: “I’m trying to lift up what the band has to say. They’re communicating something, and I’m trying to pay attention to the conversation and sort of chime in when it’s relevant.” 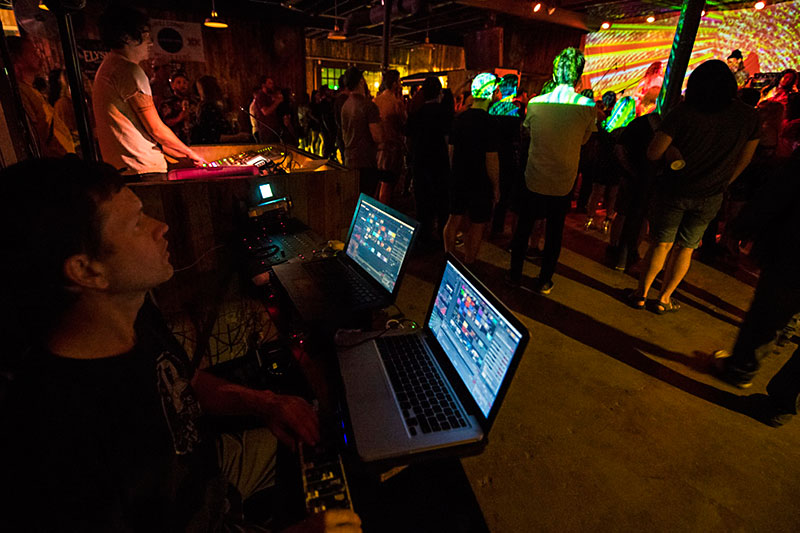 Paul Baker (Vision System) during Pearl Earl, Saturday at Barracuda: “I guess I kinda like things a little bit disorienting. I use a lot of strobing stuff in these patterns. I think there’s ... sort of a deep connection the patterns have in your brain. I don’t know what it means, but they look interesting to people, so I try to find the best ones and display them.” 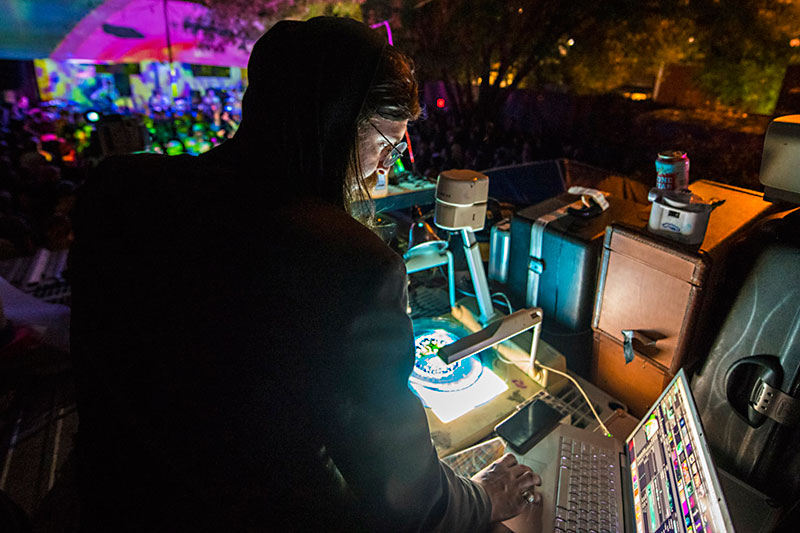 Thomas Gallegos (aka ACID Light Show) during Oh Sees, Sunday at Barracuda: “It’s ACID Light Show, man – we’re the drugs without taking drugs. You’ve got your sound and the band to watch, but we create a world within another fuckin’ world, and that’s the goal of it all, really. It’s that little extra thing that when you go home you’re like, ‘Fuck yeah, I don’t necessarily remember all the songs or whatever visually was going on, but I just know that I was overloaded and it was fantastic because of it.’” 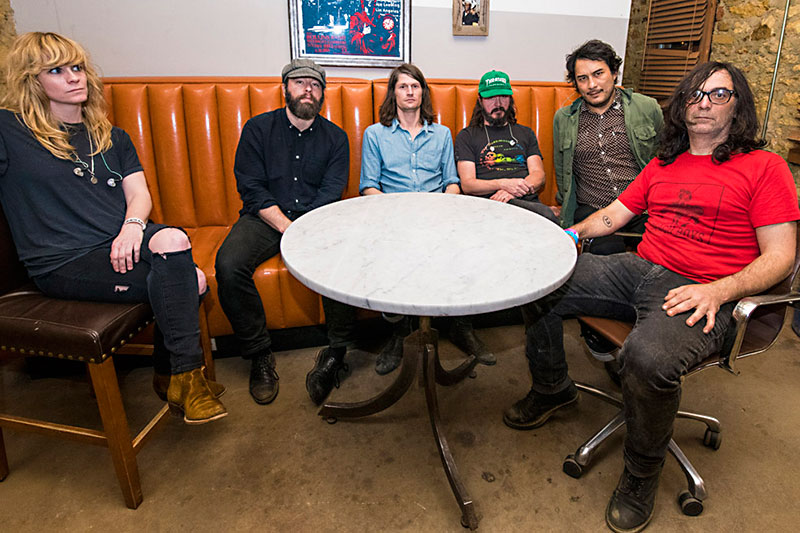 Levitation founders the Black Angels with Bob Mustachio (right) moments before Sunday’s Stubb’s finale: “Bob is the sixth man,” says lead guitarist Christian Bland (middle). “He’s a drummer, first and foremost ... and there’s no better person to do visuals than someone who has rhythm. As badass as he plays drums, he can do the visuals in that same kind of way – they’re responding to music. It’s like ... mind expansion without chemicals.”