The paintings filled with nesting S-curves comes from the artist’s meditative practice, but they’re joyful in their rumination 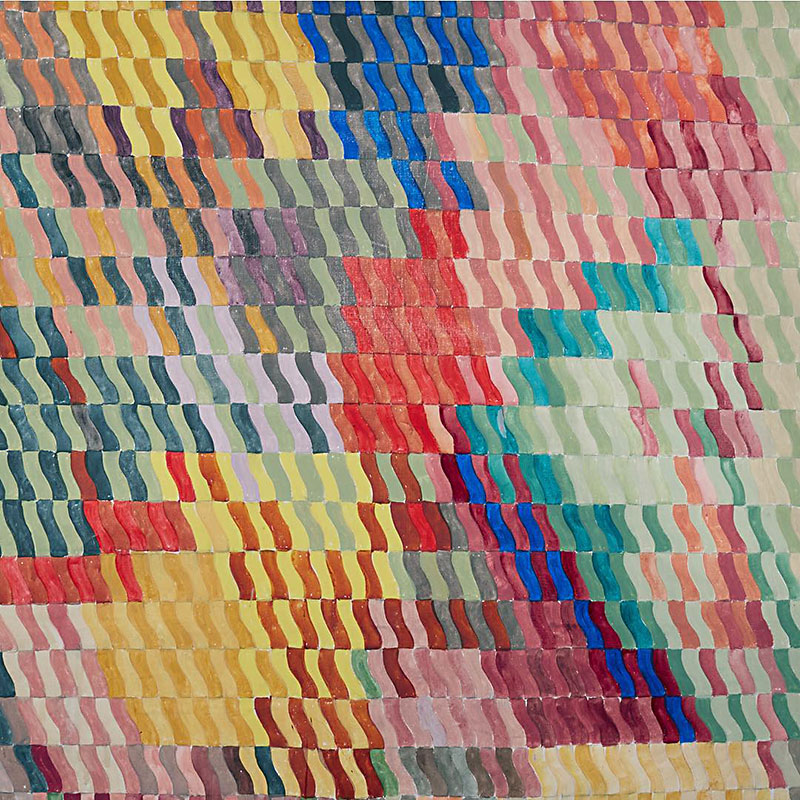 In the past two years, Michelle Marchesseault has made the same brush stroke countless times, a slight S-shaped curve, bending like a dying wave. Online, an unaffiliated meditation instructional offers a breaking wave as a helpful visualization for those just starting their meditative practice. It instructs the reader to picture a wave breaking on the shore as they exhale, and then rolling back into the sea as they inhale. "The sound of your breath is the soundtrack to these waves going in and out and will set the pace." Marchesseault's painted waves are themselves a part of her personal meditative practice, strokes applied in time with an exhalation, a practice she says an artist showed her to help in creating straight lines and perfect curves. At the Northern-Southern gallery in East Austin, there are no straight lines, but rather a selection of paintings filled with nothing but these nesting S-curves.

The conscious repetition in the grids pulls from a tradition of mindfulness in painting, most prominent in my mind being Agnes Martin, but Marchesseault's use of vibrant color feels remarkable and fresh. There are ripples of cool aqueous tones, earthy and warm ochres, and pops of trendy peachy-pinks. The energy of the show is joyful in its rumination, not somber. Her slivers feel somehow organic, even arranged so formulaically. The curved grids recall a carefully laid tile floor, the print of a bus seat cushion, or a weaving loom, all points of comparison Marchesseault would likely welcome, as she draws from her background in design and cites interior design and textile crafts as points of inspiration.

Occasionally, the notches warp into the resemblance of something else, and the small imperfections up close – bleeding colors, slight misalignments, breaks in the patterns – are an impressive reminder of the painstaking nature such a focused exercise requires. Marchesseault takes the time-passing exercise of repetitively filling the page of a notebook with a doodle and amplifies that impulse, employing thoughtful color combinations in each arrangement and filling often large canvases with her slivers.

Given the frenetic energy of the past two years, the need for an artistic practice that seeks meditative focus is understandable. Marchesseault seems to name some of the distractions she seeks to escape in some of the titles: Clicks, a pool of green, blue, and teal sprinkled with dusty pink petals, and News, one of the most vibrant pieces, a mix of pastels and Popsicle hues, for example.

The antidote to this or any frenzy, she seems to speculate, is the pursuit of a focus that improves an understanding of what is controllable and what is not. She seeks it in her personal practice, and in showing her work from the past two years, she offers an approachable but similar experience to the viewer in her first solo show. A stop into Northern-Southern to trace the waves of color that fill Marchesseault's canvases serves as a meditative reset.

Northern-Southern, 1900-B E. 12th
www.northern-southern.com
Through May 5 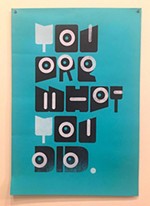 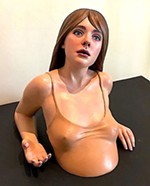