Yes, the city's "Library of the Future" still has books, but this 21st century facility is about so much more 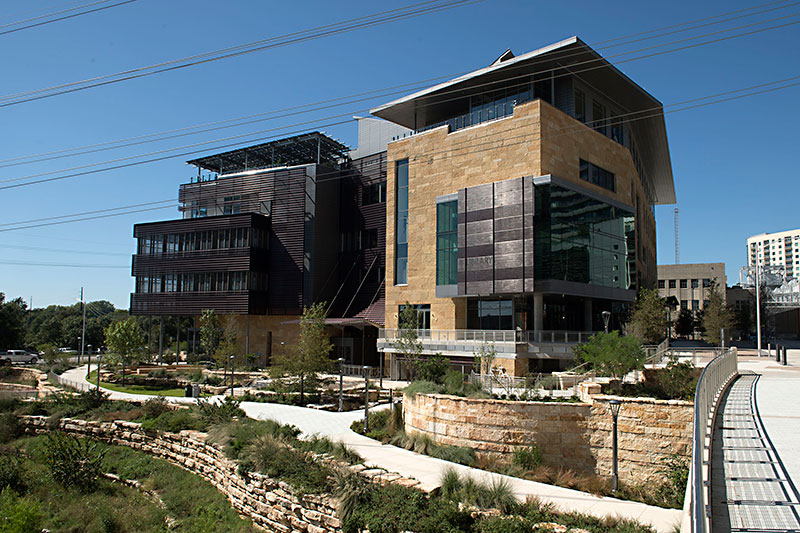 If you want to know what Austin's new Central Library is about, start by setting aside the notion of densely packed shelves of bound volumes. That's not to say our "library of the future" won't have books – a spurious rumor that, in the decade-plus of its development, has been as tough to squash as a cockroach in the kitchen in the dark. The fact is, the 198,000-square-foot building will house all 300,000 books from the John Henry Faulk Central Library on Guadalupe and have room for another 300K on top of that. So, finding books won't be an issue in the new Central. But when brainstorming began in earnest in 2009, the project's lead imagineers – Brenda Branch, then-Austin Public Library director; John Gillum, APL's facilities process manager; and architectural firms Lake|Flato of Austin/San Antonio and Shepley Bulfinch of Boston, which partnered on the project – knew that the library had to be more than just six stories of dead quiet with people in easy chairs silently absorbed in the latest Gone Girl knockoff. Over the past 20 years, the ways in which people use libraries have evolved, and the best of the libraries built in this era reflect those changes: the incorporation of technology, the increase in programs that bring people together, the exchange of information. The new Central Library has been built with these ideas driving the design, and that's why it's about so much more than books.

It's About the Community

"Perhaps no place in any community is so totally democratic as the town library. The only entrance requirement is interest." This quote from Lady Bird Johnson is carved on a metal shade outside the third- and fourth-floor windows of the library's east wall. With an eloquence characteristic of the former first lady, it speaks to both the library's place in a community and its openness to all people, qualities expanded on here. The new Central abounds in spaces where the citizens who have that interest Lady Bird spoke of may gather and share it. 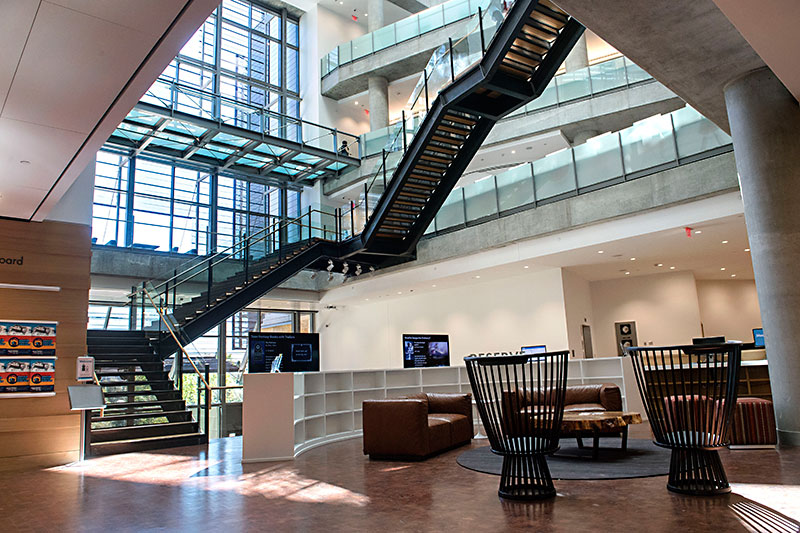 Some welcome you right where you enter. Come in the doors on Cesar Chavez, and you'll find a flexible events space that can seat 350 for readings, lectures, screenings, concerts, or other performances. Come in by Shoal Creek, and you're met by tiered seating for speaking events and cooking demos. (An architect even designed a customized portable cooking unit for it.) Come in from Second Street (newly extended to West Avenue with a "butterfly bridge" over the creek), and there's a cafe – but not the basic coffee-and-pastry dispensaries seen in most U.S. libraries; this one is being run by a leading restaurateur: ELM Restaurant Group of Easy Tiger and 24 Diner renown. Called Cookbook, the eatery will offer menu items made from recipes in the library's cookbooks, with specialties by local chefs. And Cookbook will serve alcohol. (At last, lit fans, wine isn't just for book club anymore.)

Inside the library, on the second floor, is an art gallery, with rotating exhibitions curated by library staff and the Library Foundation. (The first exhibit features book-themed art by Lance Letscher.) Throughout the building are a dozen "shared learning" rooms, which may be booked for meetings, workshops, or study groups, and are equipped for videoconferencing. And the rooftop has a garden, replete with native plants, butterfly habitat, and a live lacey oak, available for library patrons and events. Everywhere, the new Central offers opportunities for people to connect and commune.

It's About the City

But while the Central Library's design is mindful about community, it isn't just any community. It's Austin. Having grown up here, Lake|Flato partner David Lake was keenly aware of the significance of the site. Facing Shoal Creek, overlooking Lady Bird Lake, with views of the Capitol and the hills to the west, it's a plot that at any time in the past would have been choice for development; but at a time when virtually every block Downtown is built up or locked up for future construction, it might be the last block where the city could create a major public landmark in the heart of Austin. That was a primary reason Lake|Flato was excited to pursue the project. "Austin's never had a community space that truly welcomes families in an informal way to enjoy one another and build community," says Lake. "We saw [the library] as a social hub, a front porch for the city of Austin."

Lake|Flato is nothing if not passionate about porches, and not just metaphorically. As can be seen in much of their work, they make buildings with actual porches: outdoor spaces that link the built space and the environment. At the new library, people can step out of the air-conditioned box of the building and enjoy a book in the Austin air, through literal screened-in porches that wrap around the library's south and east sides outside the third-floor children's section and the fourth-floor adult fiction section. Above the traffic, with sweeping views of the skyline, the river, and Hill Country, you feel like you're part of the landscape. 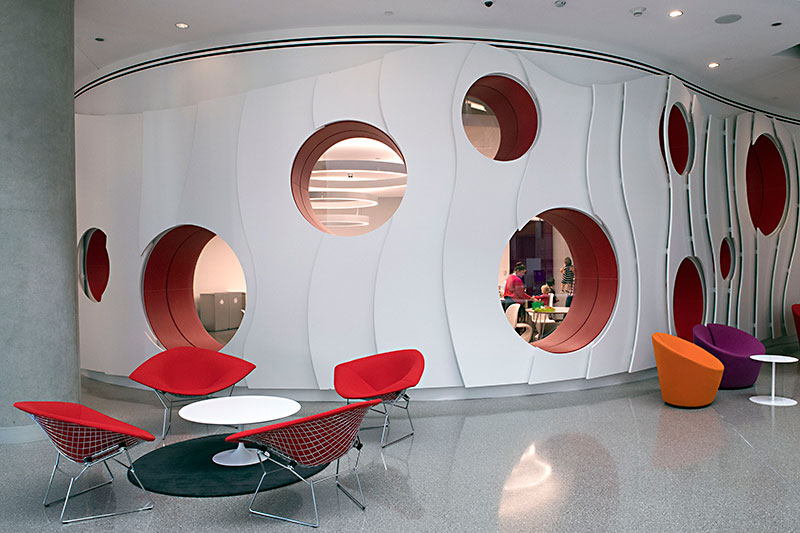 Because the library was a city facility just four blocks west of City Hall, Lake|Flato wanted the two buildings to be in conversation, architecturally speaking. "We felt there was a nice story to the two civic-spirited buildings," so in the library design, the architects chose similarly colored limestone and a like color palette for the metal panels.

That sensitivity to Austin extends to the library's interior. A section has been dedicated to works by the city's musicians, filmmakers, and authors, where you can deep-dive into the natural resource of local culture just as you would the cool waters of Barton Springs. The new Central has even made an information kiosk with an avatar of an Austin writer: A life-sized projection of Sarah Bird greets you on the second floor.

It's About the Light 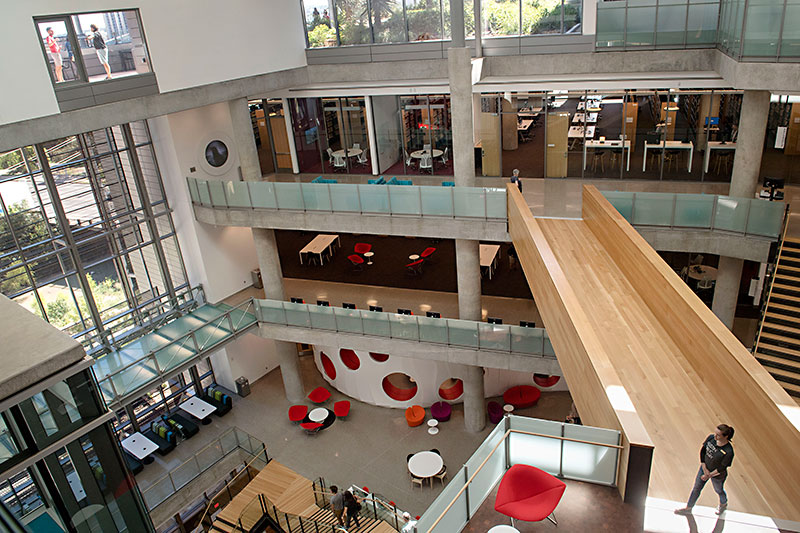 Sixth floor, looking down into the atrium (Photo by John Anderson)

Fun fact: In most libraries, daylight accounts for about 20% of the illumination in the space. Lake|Flato felt that wasn't enough, and it set a goal of 80% daylight illumination. To achieve this, the building was designed with expansive windows on all sides and large skylights on the roof with clerestories that feed natural light into an expansive six-story atrium in the center of the building where it can then beam into every floor. In addition to brightening spaces throughout the library the light draws you upward like a moth to a flame, attracting patrons to the upper floors. Coming to the light, Lake says, helps make "moving vertically through the building a joy."

It's About the Future

The John Henry Faulk Central Library was just 38 years old when it was decommissioned in September, and it had become overcrowded and outdated decades before that. (Who knew in 1979 that by now we'd all be plugged in 24/7 and need 10 times the outlets in a library?) With that in mind, this Central was designed to not only outlive its predecessor but last a century. That didn't mean anticipating the library's needs in 2055 or 2117 – a fool's game, most planners agree – but building flexibility into the design. The library has a raised-floor system for electrical wiring, cables, and such to allow for easier access as technology changes and systems need to be upgraded. Its bicycle corral, with a staff member on hand to make repairs, takes into account changing transportation modes. For the evolution of patrons' tech needs, the library has upgraded access with 150 self-check portable devices – Macbooks, iPads, Chromebooks, HP Tablets, and AfterSchool Edge – for use inside the building by kids and grownups alike. And to give everyone an opportunity to play around with the Next Hot Gadget, a Tech Petting Zoo is set up on the fifth floor. (All this has helped the new Central obtain LEED Platinum certification, the highest of any library in the U.S.) 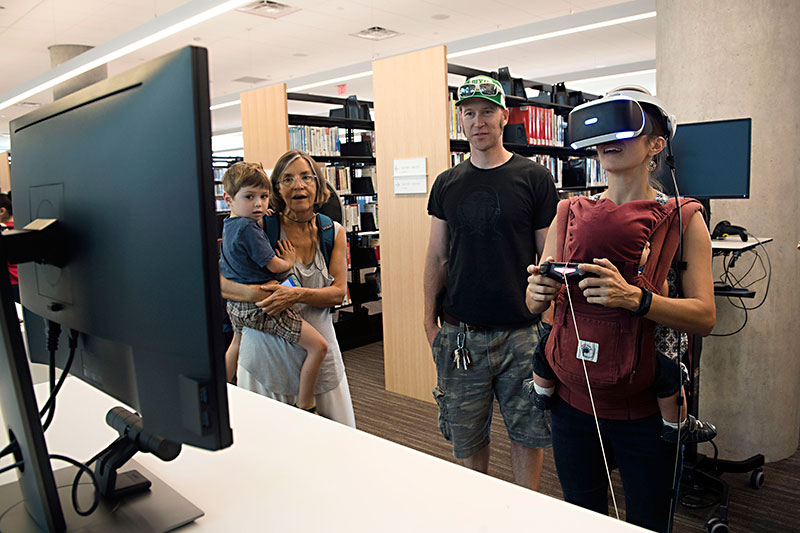 Lake credits Shepley Bulfinch with the forward-thinking impetus of this work. The prestigious firm has worked on more than 100 libraries and is considered the leader in the field, he says. "They are part of dreaming about what libraries need to become, and they have the benefit of converting old libraries into the new paradigm."

"We all thought of the building as this great portal – to knowledge, to the environment, to the culture – so in that way it's by far the most public-spirited building we've done – not only in Austin but anywhere," says Lake. "Libraries of the future need to be reaching out to the community and engaging the community and welcoming everyone to share knowledge and ideas. You always want the library to be the most welcoming place in the town. I hope this one becomes the destination we all wanted it to be when we took this on." 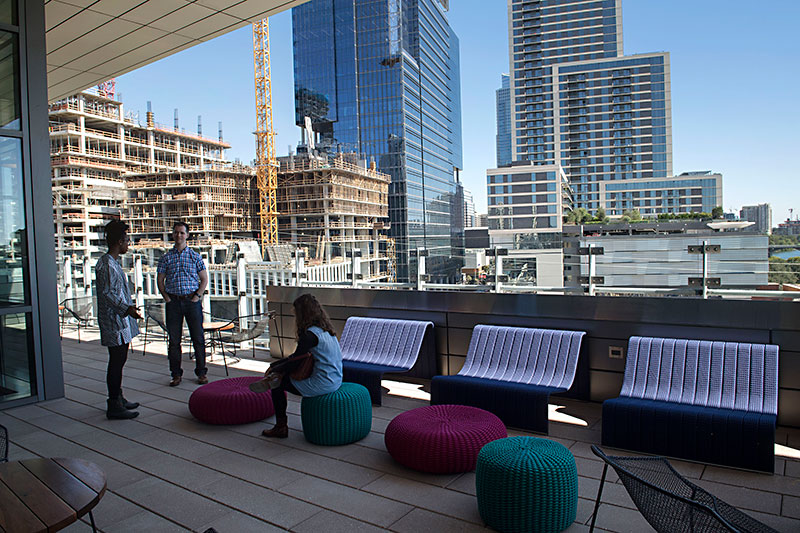 On Sat., Oct. 28, Austin's new Central Library opens to the public with a day of special activities. Please note that the building's underground parking garage will not be available to the public that day. The city is encouraging alternative transportation. For more information call 512/974-7400 or visit library.austintexas.gov/central.

For more images of the Central Library, visit austinchronicle.com/photos

A version of this article appeared in print on October 27, 2017 with the headline: Porch|Light 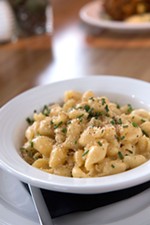 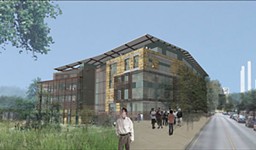