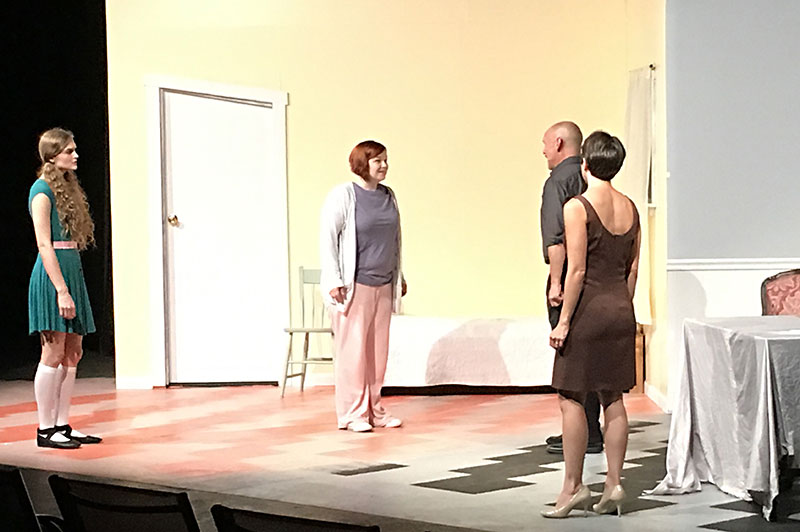 Maybe you have a child with someone you love very much, and maybe that child steals your heart. You grow together. You bond. She's the ideal infant. Super chill. Then, sometime around the age of 2, things get a little strange. She's not speaking yet. It's harder to know what she wants, and it can make her so upset. Then you start to notice that deviations from normal routine seem to really set her off. You watch as the other kids start stringing words together, the other parents scheduling playdates. Things have to be just so, or she loses it. It's uncomfortable to say the least. Now she's in her early 20s. You can still see her in there, and she's still so beautiful. But you are so, so tired. You're doing the best you can for your partner, but it all feels like a life of obligation. Duty. Caretaking.

Or maybe you're a girl just trying to sneak downstairs for a cookie, but there's all of this stimuli crackling around you, all the time, everywhere. It's completely overwhelming. Your roommates don't seem fazed by it at all – they just go about their business like nothing's humming and hissing and glowing and fuzzy and asymmetrical. They're getting really hard to live with. Things have to be just so, or they lose it. You spend a lot of time trying to help, and most of the time they get mad about that, too. Sometimes, they even bail on you. And if that wasn't enough to drive someone bonkers, your new nurse is super not great at her job, so now you're stuck showing her the ropes, too. It feels like a life of obligation. Duty. Caretaking.

Gibberish Mostly, Max Langert's brave play, explores a family affected by profound autism by giving us a peek inside their minds, where we learn that perhaps they're not so different. In the script, Langert has made a departure from his comic roots, telling a more somber and, at times, intense story. But the thing that truly sets this play apart from other plays about noncommunicative disabilities is that Langert chooses to present his protagonist without depicting her disability – not in a Boys Next Door kind of way, where the characters "drop" their disability for a while – it is simply understood that the character of Nicole has profound autism, which allows her to communicate with the audience in a way that we understand, and creating that understanding is Langert's goal.

The production, directed by Lisa Scheps (founder and co-director of Ground Floor Theatre), makes the most of Langert's smart script, featuring a solid cast (comprised of Julie Linnard, Holley Garrison, Suzanne Balling, and Dale Sandish), and a set that can only be described as a lovely two-tone minimalist playhouse (courtesy of Chris Conard and Kevin Squires). The show is also the inaugural piece for Ground Floor Theatre's newly reopened performance space, which is definitely worth celebrating.

American culture still harbors stigma and shame for people with autism. But mostly, there's just silence. Nobody wants to talk about it. Autism is one of those things that happens to someone else, until it happens to you. Gibberish Mostly is a play that depicts the realities of caregiving in extreme situations with brutal honesty, but treats the subject matter with compassion and dignity. It is a powerful production, a conversation starter, and a comfort to those who have been challenged as a caregiver. It offers advocacy and understanding for a condition shrouded in misinformation, stigma, and fear – all in about 90 minutes.