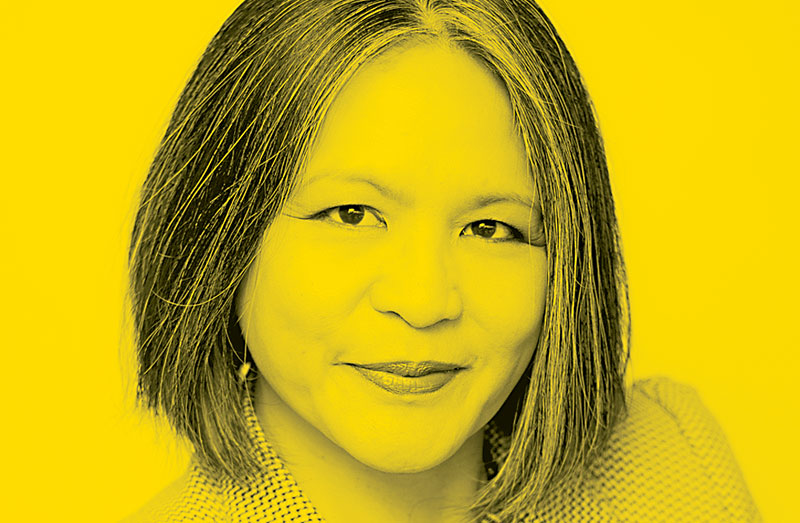 What is the word for a person who remains hopeful in spite of overwhelming odds? To describe Ceci Gratias as simply an optimist is to miss one of her fundamental character features, that her joy is informed by countless years of working this community from one end to the other – from OutYouth, Allgo, and Queerbomb to the Austin Gay & Lesbian Chamber of Commerce, HRC-Austin, and the national gay chamber. We challenge any local activist to match that range.

She's the walking, talking example of someone who does not fall for the allure of divisive schisms and -isms. But don't mistake her sunny disposition for delusion or a mask, she's earned every one of those laugh lines.

While most people were deciding which outfit to wear to the spontaneous block party that blanketed Fourth Street at the news of the SCOTUS gay marriage decision, Ceci Gratias was busy taking care of business ... and other people.

"I spent a lot of time at the county clerk's office with my best friends to get their marriage license. The staff was magnificent. They stayed until about 11 o'clock and were happy to do it." Gratias is tapped into all things city government – the 'mo to know, if you will – when you need something at City Hall. "I called APD to let them know about the rally on Fourth. They already had a plan," she laughs. "The LGPOA (Lesbian Gay Police Officers Association) was taking the lead, closing off the street so people could walk without worrying about cars."

The entire day "was overwhelming," she says. "Chief Acevedo spoke at the rally and told the crowd, 'This is your street.' I cried at my best friends' wedding. I did not think that was going to happen in my lifetime."

Gratias is "not one of those people that expects things to happen right away," she says. "I've been around way too long. We have to be patient. We need everybody from all sides – not just the lobbyists from Capitol Hill, or at the Texas Lege. It needs to be the people on the street, people willing to tell their story."

While many grumble with impatience at the system Gratias has learned to work, she has enough under her belt – like the time her lobbying in D.C. helped to win a co-sponsor on the bill that repealed DADT – to stay somewhat optimistic.

She remains, however, very realistic. "All the folks fighting for civil rights are still fighting, after 50-60 years. Discrimination is not going to go away. People see me as a person of color first. I'm female. If they're going to discriminate, that's where they start."

For now, we celebrate, she says, "yet we know that marriage isn't the end all, be all. It's so much more. The work of educating people and changing their hearts and minds is an ongoing process. For me, it's do the best you can. Try to convince more people to do the best they can in forwarding the cause. It's going to happen.