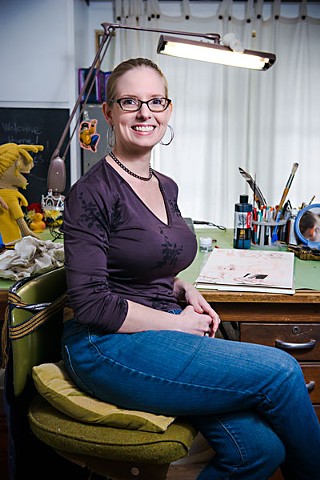 E.K. Weaver working on new material for her graphic novel, The Less Than Epic Adventures of TJ and Amal (below) (Photo by Devaki Knowles)

It's been a hot minute since Nell Brinkley inked feminine independence in national magazines, and though the comics world is still largely a guys' club, the numbers are finally shifting. Market research by the Beat indicates almost half of comic book fans are female, and even big houses like Marvel are taking notice: Mighty Thor is a woman! The smaller, independent illustrated media biz is making strides, too. Female writers and artists are still the minority, but baby steps toward equality in publishing and the burgeoning diversity of storylines mean there's a growing market for these heroines of today to publish their work. This weekend, the 11th annual Staple! Independent Media Expo will "shine the light on women's contributions to indie media and more" and "celebrate women's work in a male dominant field."

Founded by Chris Nicholas, the homegrown two-day convention highlights independently produced comics, zines, toys, animation, and more. This year, it's all about the ladies. The Marchesa Hall & Theatre will host over 150 exhibitors and a female-focused guest list including Babs Tarr (Batgirl), Kate Leth (Bravest Warriors, Adventure Time), Jess Fink (We Can Fix It), and Grace Ellis and Brooke Allen of Lumberjanes. It's family-friendly, and tickets are a steal: $15 for a two-day pass or $10 for one day. The team behind local cartoon short film The Hillbilly Philosopher will also be in attendance for a post-screening Q&A, including multi-talented, Emmy-nominated local Danu Uribe. As bonus events, Austin Books will host a Will Eisner birthday bash Friday and Ladies' Night Sunday, and an afterparty art show will be held at Shangri-La. 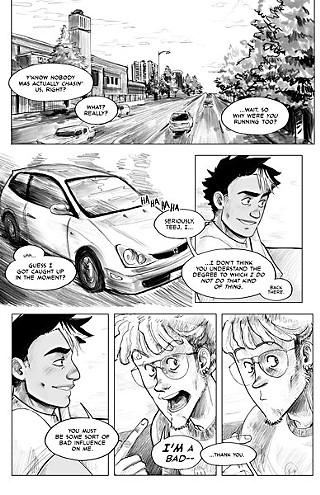 As part of the 46.67%, and, ahem, a huge fan of independent media, I approached local author and illustrator E.K. Weaver to discuss the state of women and comics via email. Weaver will be sitting on Janelle Asselin's Hire This Woman! panel of Texas-based female writers and artists, and her work includes graphic novel The Less Than Epic Adventures of TJ and Amal, comics for Smut Peddler and Paradox Space, and illustrating for Adventure Time.

Austin Chronicle: Tell me about TJ and Amal. What's new and next for your work?

E.K. Weaver: TJ and Amal is a low-key story about a couple of strangers who road-trip from California to Rhode Island. Along the way, they get to know each other, have various misadventures, and become romantically entangled. I'd say it's equal parts road story, love story, comedy, and drama. Very understated and down-to-earth.

AC: Tell me about some challenges you've faced as a woman in the creative business world of illustration and books.

EKW: In terms of gender, I think the toughest challenge is trying to get people to take my work as seriously as they would a man's. Some readers, they see that a comic was made by a woman, they assume it's "fluff" or "overly emotional" or just plain not-as-legitimate as if it were by a man. I've experienced several instances where my work was dismissed out of hand because of its origin rather than its content. It's happened more often in the indie/art-comics scene than at "big media" conventions.

There's also the backlash a female artist gets if she self-promotes as actively as a male artist. To some folks, a woman who's openly proud of her work, saying, "Hey look, I made something good," looks unpleasant, egotistical, because so many women are socialized to be modest or self-deprecating. I think this is declining, though, as new generations enter the comics scene. Because of the aforementioned, there were a handful of times I regretted not using an explicitly male pseudonym, but I think in the end, that would have done more harm than good.

AC: Do you think more or fewer women are entering the comics world? And how do events like this year's Staple! – specifically geared to highlight women – help break open the field?

EKW: Definitely more! The biggest change I've noticed over the past few years is that comics by or aimed at women have been treated less and less like "special interest" or anything out of the ordinary. Which is good!

I think it helps stir up interest where there might not have been any before. There's so much excellent work out there these days, but the mainstream face of comics is still the stereotypical superheroes-and-spandex. Maybe this kind of highlight will get more folks (of any gender!) to check out a medium they've previously overlooked or avoided because of that stereotype.

AC: When you're not creating your own work, whose work do you enjoy? And what other Staple! attendees and discussions are you excited about?

I'm really looking forward to meeting Kate Leth; I've enjoyed her work for a few years now. Aside from the Hire this Woman! panel, I'll mostly be tied up signing and selling books and drawings at my table. (Really, the thing I'm most excited about is getting to show some fellow comic artists around Austin!)

AC: What advice would you give a writer or illustrator looking to get started?

EKW: A lot of aspiring artists say, "I'll start my comic when I'm good enough or when I reach 'x' point in my life." Don't put it off. You'll learn and improve by making your comic. Start on it now. Also, schedule blocks of time for your art, like you would schedule a part-time job, and stick to them. And get up and stretch often!

AC: How does diversity play a role in your field?

EKW: I definitely try to seek out diverse work, diverse creators – there are an infinite number of voices out in the world, but we're so used to only hearing two or three specific ones. Fortunately, the accessibility of the Internet is starting to break that down. More and more creators are finding their audience by circumventing traditional corporate publishing models ... and more readers are finding work that reflects their experiences.

In independent and web comics, there's an abundance of fresh stories that don't have to aim at a target audience or follow marketing guidelines. You've got ugly rock & roll pirates, kids with body parts that become magic monsters, wasteland-wandering mute guys in dinosaur pajamas, you name it. Stories that move super-slow or super-fast, that don't resolve in a pat way, stories that get surreal. Comics made with crayons, cardboard, paper cutouts, Photoshop, colored pencil, photo montage .... It's great. 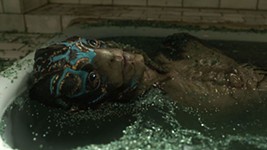