It's often said that Austin and Portland, Ore., are very similar cities. Well, in the choral music department, they're about to get so similar as to be indistinguishable, with choirs in both places being led by the same guy. Ryan Heller, who makes his debut as conductor and music director of Chorus Austin this week, is currently the conductor of the Portland Vocal Consort, a professional choir, and he'll continue to lead that organization and direct the Pride of Portland Chorus and Southwest Washington Symphony as he leads the three ensembles that make up Chorus Austin: Austin Civic Chorus, Austin Vocal Arts Ensemble, and Chorus Austin Consort. As he prepared to open the civic chorus' 45th season with a performance of Handel's Jubilate for the Peace at Utrecht and Haydn's Lord Nelson Mass, Heller spoke to the Chronicle about his new gig.

Austin Chronicle: Portland to Austin – that's a hell of a commute.

Ryan Heller: It is a hell of a commute. But I was already flying two or three times a month to coach or guest conduct, so when [the Chorus Austin job] ended up being offered to me, I said, "Well, it's virtually the same amount of travel, just a bit more intensified," so it didn't cause me any great distress.

AC: What makes Chorus Austin a good fit for you? Did it have something to do with the organization's different ensembles?

RH: That was part of the initial appeal. I love the choral-orchestral repertoire, and I love smaller single choral octavos, so to have those two groups definitely was a big sell. And the general feel, I suppose, the aura of Chorus Austin and its singers is one of focused work and passionate music-making. Every member wants to do the best they possibly can, not only to bring the score to life but to be the best singer they can be, so that speaks to me not only as a conductor but also as a teacher of vocal pedagogy. To be able to have a kind of newly formed ball of clay that I can mold to the shape I want was very exciting. Both groups are on the threshold of whole new levels of musicality and vocalism and musicianship. They are ready to be pushed to the next level – "pushed" perhaps isn't the right word, because they willingly want to go, but they are ready to become one of the superpowers of choral forces, probably not only in Texas but in the country. I think with the work and the focus that we can build in, that can be achieved in a few years.

AC: What makes the Handel and the Haydn a good debut for you?

RH: This being the commemoration years for the deaths of both men, the 200th for Haydn and the 250th for Handel, it made sense. I have a similar concert programmed in Portland. I believe that the Haydn Lord Nelson Mass is one of the single greatest compositions not only of his output but of the choral-orchestral repertoire, so I wanted that on the program for the commemoration but also for the raw, incredible writing that Haydn does for the orchestra, the chorus, the soloists. Everything is right there on display. And as I was thinking about the pairing of Handel, I thought, we have so many Messiahs, so many Coronation Anthems, you know, all of the old favorites, let's go back a little farther. We have Haydn there toward the end of his life; let's go to early Handel. The Utrecht Jubilate, which Handel composed when he was 27, 28, is such a different feeling than those later oratorios and was the first work he composed in English. So we have Handel making essentially his London debut, and doesn't that make sense to include on my Austin debut? Just sort of a fun parallel. 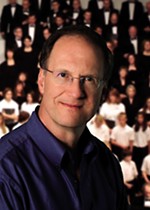 Moving Toward the Light
On the heels of its balletic colleagues, Chorus Austin melds movement with music to voice the unutterable 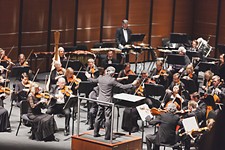 Austin Symphony Orchestra: Feast of Voices
The ASO and Chorus Austin combined forces for an evening of music that was gorgeous, sensual, and sometimes hall-shaking