Napoleon Beazley was executed by the state of Texas, but he lives again in a new play 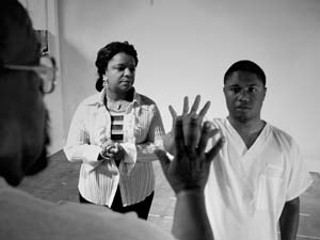 This is John Doe: Cocaine dealer, car thief, murderer. Shot a 63-year-old man twice, once through the head, for his Mercedes, then walked through the victim's blood to get the keys.

The two John Does described above are the same person. How to reconcile one with the other? Or is reconciliation even necessary? Certainly not in the eyes of the state of Texas. Because he kills another human being in the course of committing an additional felony, John Doe commits capital murder, and the statutory punishment is death by lethal injection.

What if John is white?

What if he's black?

On April 19, 1994, in Tyler, Texas, 17-year-old Napoleon Beazley committed the crime described above. He had two accomplices, although neither pulled the trigger. His capital murder trial began on January 26, 1995. On May 28, 2002, having exhausted every possible appeal, including one to the U.S. Supreme Court during which three of the justices recused themselves because they knew the victim's son, a federal judge. Beazley was executed in the death chamber at Huntsville, Texas. He was 25 years old, but he looked at least a decade older. 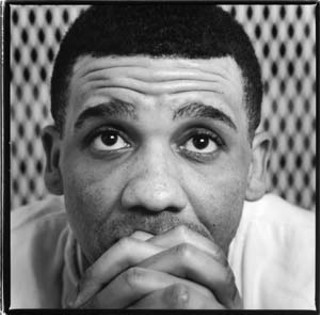 But not too young to be executed by the state of Texas.

F. Scott Fitzgerald said, "There are no second acts in American lives," but beginning July 14, Napoleon Beazley lives again when the Original Theatre Company presents an Equity production of The Two Lives of Napoleon Beazley at Austin Playhouse. The play was written by John Fleming, a UT alum who currently teaches at Texas State University in San Marcos and will become the chairman of the theatre department there this fall.

"Napoleon was executed the day I got married," says Fleming. "At almost the same time. I never met him while he was alive. I met his parents and the lawyer who defended him. The research I did was in retrospect. I was actually sitting in his parents' house when they said he was executed on May 28, 2002, and it hit me. I'd read it, but that's when it hit me.

"Dana Nau, a graduate student at Texas State, first introduced me to Napoleon's story. She wanted to produce it as her final directing project. She got access to his lawyer and access to his family, and over the first part of the summer of 2003 she started to write the play. But she was having trouble, and I was periodically meeting with her and making suggestions. Every time I talked to her I learned a little bit more, and every time I heard more I was more and more fascinated."

Eventually, Fleming took on the writing responsibilities, and Nau directed a workshop production at Texas State, where it was titled The Two Lives of Nathaniel Dupree. "I wrote the first draft of the play in August 2003, and at that point the Supreme Court had not yet decided to review, much less overturn, the death penalty for juveniles. (See sidebar for the current status of the law regarding capital punishment for juveniles.) But I never approached it as an anti-death penalty play or a play about the juvenile death penalty. For me, the fascination lay in Napoleon's paradoxical life; if it were any other juvenile offender, it would be a completely different play. Lorraine Hansberry once said, 'In order to create the universal, you must pay very great attention to the specific. Universality, I think, emerges from truthful identity of what is.' By focusing on the specifics of Napoleon – his life, his choices, the controversy surrounding his case, his reflections – the play offers insights into contemporary American society. It raises questions regarding race, class, power, law, and personal identity while also mining the emotional terrain of loss, of responding to adversity, and living with the effects of our choices."

Told through the eyes of Beazley's appeals lawyer, who acts as narrator, the play consists primarily of short scenes that move quickly. Episodic and fluid, it mirrors what can be found in a television or film documentary about similar subject matter.

"While it's based on actual events, the play is a dramatization," says Fleming. "In real life, Beazley's lawyer and the prosecutor never met because they were just exchanging hundred-page legal briefs and it all went into the court system. Dramatically, that's not terribly interesting, so I have scenes where the two of them meet and everything they say in those scenes is reflective of their legal and personal views. That's where the dramatization comes in. Much of the dialogue in the play is culled from transcripts and media accounts. There was a lot of media coverage of this case, nationally and internationally. And I use as many of Napoleon's words as I can. I try to be true to his perspective of his experience on death row. The last words of the play were his final statement. What he released to the press. He didn't speak when he was executed."

Beazley didn't speak while he lay on the gurney because he thought his punishment was unjust. Not that he shouldn't be punished, just that the punishment shouldn't be death.

On May 7, 1996, in Tyler, Texas, two years after Napoleon Beazley committed his horrific crime, a young white man named Todd Rasco was complaining of depression to two of his friends. The friends told him he might feel better if he shot "a nigger." Rasco got his new shotgun, and the three drove around Tyler until they found Ivan Holland, a 63-year-old homeless black man. Rasco shot and killed him. 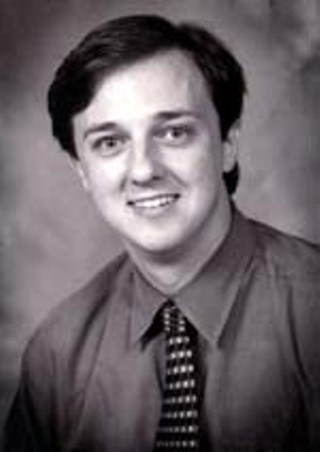 There are two sides to every story.

"These are some interesting statistics," says Fleming. "If you look at the majority of lynchings in this country, 80, 90 percent happened in states of the former Confederacy. It turns out that close to 90 percent of the executions in this country occur in states of the former Confederacy. Blacks and whites are equally victims of murders, but 80 percent of executions are for murders involving white victims.

"In his hometown, Napoleon was well-liked by whites, dated white girls, mixed in well with the white community. His parents broke the color barrier in the town; they were the first black city councilmen, the first black cheerleader after the school integrated. Napoleon said he experienced more racism from blacks than he did from whites. He struggled to fit in. Is he white, is he black, what is his own image of what it means to be black?

"He got a gun partly for the image. And this is something that black communities, all communities, everywhere, should reflect on. He wanted to be respected in the Quarters, which was known as the black part of Grapeland, and to him that meant occasionally dealing drugs and carrying a gun. He was cultivating this tough, street-savvy image in the Quarters while his other life was being a popular, successful high school student.

"During senior year, an ex-girlfriend was pregnant and said he was the father. He said, 'I need to step up, I need to take responsibility for this baby.' So he put off college and law school and enlisted in the Marines because he saw it as a way to do that. In March, the baby is born, and it's obvious he's not the father. A month later, he commits murder. There's this sense of, he gave up some of his hopes and dreams in order to take responsibility for something that wasn't his."

Here's what Napoleon Beazley wrote before he died: "The act I committed to put me here was not just heinous, it was senseless. But the person that committed that act is no longer here – I am. Understand though that I'm not only upset, but I'm saddened by what is happening here tonight. And I'm disappointed that a system that is supposed to protect and uphold what is just and right can be so much like me when I made the same shameful mistake. ... Tonight we tell the world that there are no second chances in the eyes of justice. Tonight we tell our children that in some instances, killing is right. No one wins tonight. No one gets closure. No one walks away victorious."

"In producing this play, one of the most important questions we had to answer was: Are we revictimizing the victims? That's one of the reasons we initially fictionalized names and still do fictionalize some. On the other hand, I do think that Napoleon's parents have become victims. They've gone through the same loss and pain as the victim's family. But in spite of their pain, they remain very proud of their son. They know he did something horrific, but they still love him dearly. And they are supportive of us. When we did the workshop production of it, they brought 25 or 30 people from Grapeland. His parents and his brother stayed through it all, a staged dramatization that shows both his flaws and his attributes, and shows the way he died.

"The son of the man Napoleon murdered gave a very eloquent statement of the pain and loss they experienced when their father was killed. It's very moving, but at the same time he says he hopes no family ever experiences what his family has gone through. There's a tremendously hopeless irony there.

"While Napoleon's crime and execution inevitably make the death penalty for juveniles an issue, the play itself is about much more than that. I think if you ask anyone who has been involved in either of the two productions, they will all agree there is something profoundly provocative – emotionally and intellectually – about Napoleon's story. It points up many of the contradictions and challenges of life. It poses difficult questions and offers no easy answers."