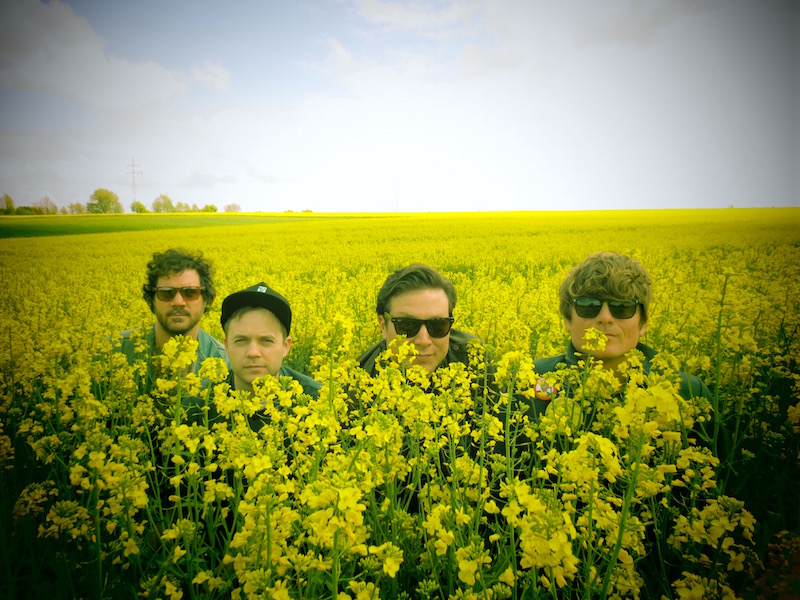 On the day that the Oh Sees’ 19th album comes out, Orc isn’t at the forefront of John Dwyer’s mind. The prolific multi-instrumentalist is just home from one tour and in the midst of making 500 T-shirts by hand for the band’s next trek, all the while observing prime commotion caused by an overturned cement truck in the middle of his narrow mountainside street. He’s unperturbed, his hardheaded, forward-facing nature propelling the Rhode Island-to-San Francisco-to-L.A. transplant to keep creating music nonstop across two decades.

“I’ll probably be in the studio again before I leave in a week,” he muses. “I’ll try to get down there and start the seeds of something before I go, so that when I get back I have something to work on.”

Orc spins the same chaotic momentum that Dwyer’s cultivated across a sprawling catalog of adrenalized garage-punk. Recorded at Sonic Ranch here in Texas behind dueling drummers, the LP also features a handful of strings-heavy arrangements. Overall, the proceedings skew spacier, bursting into amorphous, probing mishmashes of percussion and distorted guitars.

“I don’t have the technical ability to pull off prog, but we can emulate it from time to time,” laughs Dwyer. “I’m turning into an old man now, so I can start legitimately liking all the nerdy shit I always liked out loud.”

Dwyer typically writes every day, either for Oh Sees or his synth-driven solo project, Damaged Bug.

“Music just feels like I found the right thing I wanted to do,” he says. “It’s totally exhilarating to write. I like writing alone, I like working with other people, I’m all about all the aspects of it. Every stage of the process is thrilling to me, still.”