The Verde Report: What You Need to Know About the MLS Cup Playoffs in Austin 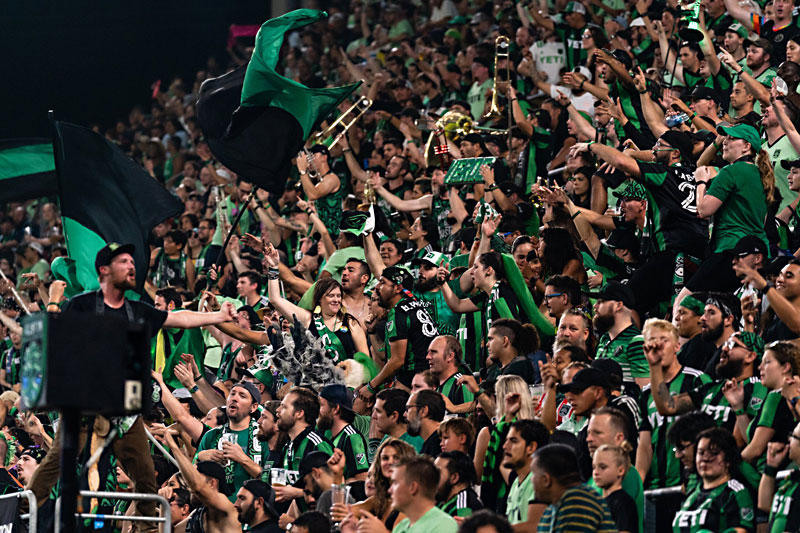 The Verde faithful at home at Q2 (Courtesy of Austin FC)

After drubbing Real Salt Lake 3-0 and grinding out a 1-1 draw against Nashville last week, Austin FC not only clinched the first playoff berth in club history, it guaranteed that its first-round playoff matchup will take place in front of the Verde faithful right here in ATX. It's a fitting reward, not only for the club and its on-field exploits in 2022, but also for a fan base that has packed Q2 at every opportunity over the past two seasons and has created one of the consistently loudest, liveliest atmospheres in MLS.

But that's the best part about playoffs: It's literally next-level. As deafening as Q2 Stadium has been throughout its league-leading 33 consecutive sellouts, the intensity of a playoff game will dwarf it all. People show up majorly for playoff games, even ones that couldn't be bothered to turn up during the regular season.

"It's [already] an amazing experience and a playoff game will be even more heightened," head coach Josh Wolff said of the game day vibes. "Whether they're hardcore fans or new fans or fans that we haven't even identified yet, hopefully over the next three weeks they'll be able to capture what this team is about." Wolff hinted that his players might "put some stuff together" to recruit an all-time home field advantage on the day. Here's what you need to know about the match in question.

MLS has six scheduled windows for its six first-round playoff matches: two each on Saturday, Oct. 15; Sunday, Oct. 16; and Monday, Oct. 17. It likely won't be known until after the regular season ends which teams will play in which window. To avoid any ACL Fest and/or UT Football conflicts, Oct. 17 is the obvious preferred date locally.

Who Will Austin FC Play?

That's what the last two weeks of the regular season will determine. Austin FC needs just 1 point from its final two matches – away at Vancouver on Saturday, Oct. 1, and home against Colorado on Sunday, Oct. 9 – to lock itself into the No. 2 spot in the Western Conference, which could also mean a second home playoff game if the Verde and Black are victorious in Round 1.

Assuming the Oaks do secure the No. 2 spot, they would face the seventh and final playoff qualifier from the West. As of Monday, that could be any of nine teams depending on how the rest of the season shakes out. According to FiveThirtyEight, Portland, Minnesota, and LA Galaxy are the three likeliest candidates for that spot at roughly 20% each, while Salt Lake and Seattle have at least a 1-in-10 chance of heading to Q2.

How Do I Get Tickets?

Even season ticket holders need to listen up here, since playoff games are not included in Austin FC season ticket memberships. However, those fans will be given first dibs at purchasing their seats for the match. Remaining inventory will be made available first to members of the club's season ticket waitlist, and then to the general public in the days leading up to the match. Staying vigilant is the best way to avoid having to settle for resale prices, likely to climb well into triple digits. 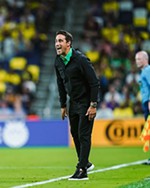 The Verde Report: It’s Back to Basics for Reeling Austin FC
Assessing three consecutive losses punctuated by a 3-0 egg-laying in Seattle