The Verde Report: It’s Back to Basics for Reeling Austin FC 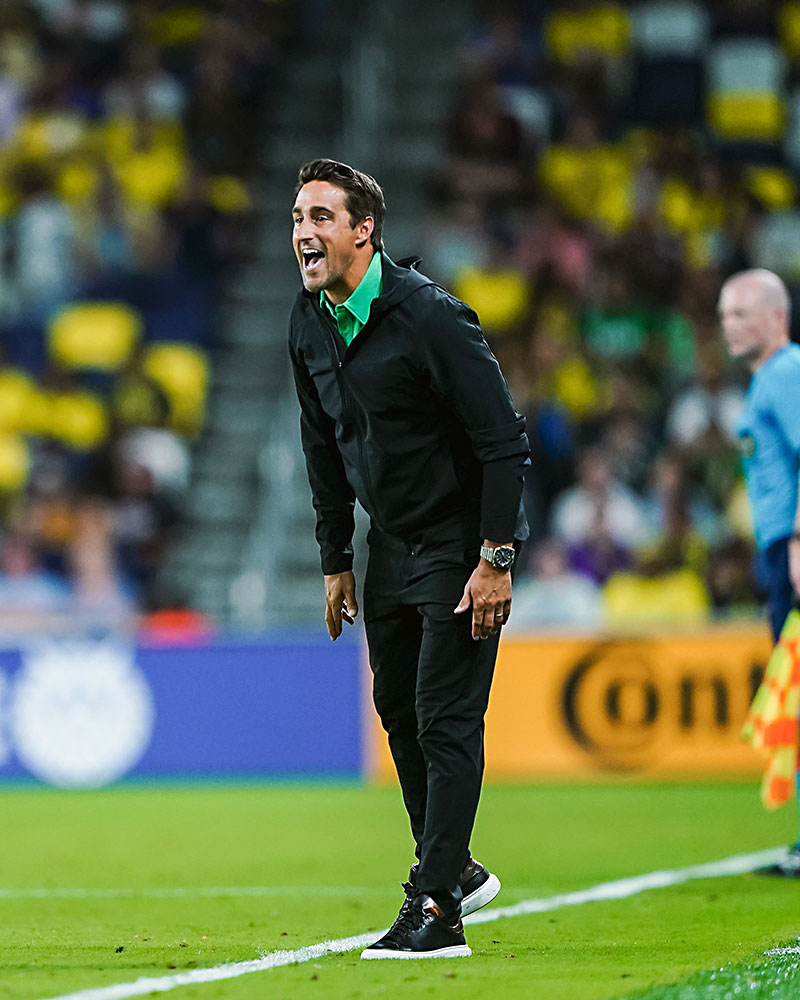 Nothing annoys us sports writers more than a steady diet of cliches and coach-speak following big, narrative-shifting wins. We want the juicy stuff. The flag-planting. The football-spiking. If we had it our way, every win would be a "statement" win and every loss met with Tim Tebow's "The Promise" speech delivered through gritted teeth and teary eyes.

Usually, though, we don't get it our way. Instead, we get platitudes like "Just gotta take it one game at a time." "We haven't accomplished anything yet." Yawn. Not much fun in that. But here's the thing. Deep down, we get it. We know why those tired lines keep popping up in our interview transcripts. It's because they work. Pro sports are hard, and the moment a team starts feeling all comfy and impressed with itself is usually the moment it gets smacked in the face by a flying plate full of humble cream pie. Just ask Austin FC.

It's no coincidence that the Verde and Black's worst stretch of the season – three consecutive losses punctuated by a 3-0 egg-laying last Saturday night in Seattle – directly followed Aug. 26's 4-1 win over MLS front-runners LAFC at Q2 Stadium, by far the biggest win in club history to date.

"It's a massive win for this organization," head coach Josh Wolff said then, before waxing lyrical about "playoff-type" atmospheres. We ate it up. Evidently, so did his locker room.

Wolff sang a much different tune in the bowels of Lumen Field after the Sounders' stars ran roughshod through and around his club's porous defense over the weekend. "Disappointing. Disappointing performance in a lot of ways," he said. "We've lost a little bit of, certainly, our bite and intent and the personality that we've shown [this season]. Is it fatigue? Is it complacency just knowing or feeling that we're in the playoffs? We've got to continue to push."

Yikes. Not what you want to hear if you're a Verde fan. For starters, as of Tuesday, Austin FC has yet to clinch a *Samuel L. Jackson voice* GAHD DAMN thing. Sure, at 51 points they probably could lose the remainder of their games and still limp into the playoffs. But at this point, falling out of the top four places in the West and depriving local fans of the chance at witnessing a first-round playoff game at Q2 Stadium would be nothing short of a Texas-sized collapse. Even dropping out of the No. 2 spot, where the Oaks have sunk their roots for the better part of the season and which would theoretically yield a second home playoff game, would be hard to stomach.

So if the ATX locker room needed reminding of what's still to play for over the final weeks of the regular season, there you go. The good news is that, assuming Sebastián Driussi's knee injury is as minor as Wolff has indicated, Austin FC still has all the talent available that got them to where they've been, plus an additional Designated Player in Emiliano Rigoni. More good news: The last three contests are infinitely winnable ... but also plenty dangerous. They'll host Nashville SC, who handed the Oaks a 3-0 loss earlier this month, on Sept. 17, then face 11th-place Vancouver away on Oct. 1 and finally 10th-place Colorado at home in the Oct. 9 season finale.

If Wolff and Co. hope to keep the wheels from falling completely off the Verde Van, they better find the lug wrench quickly and would do well to heed some time-tested advice: They haven't accomplished anything yet, and they just gotta take it one game at a time.