Retooled and refreshed, ATXFC is carrying plenty of confidence into a crucial second season Retooled and refreshed after a brief but busy offseason, Austin FC is carrying plenty of confidence into a crucial second season in Major League Soccer.

"We have more quality, more experience, certainly more depth, and in an instant you can see the competition out on the field is much, much different than last year," head coach Josh Wolff said Tuesday in his first remarks to the media in nearly three months. It was a significant three months for a club that desperately needed a talent overhaul after ending its maiden campaign 12th out of 13 in the Western Conference.

Three free agent signings, one big money transfer, a fortunate SuperDraft, and a departing Designated Player have given Austin FC's roster the makeover that could – if Wolff can make all the pieces fit – spark the Verde toward competing for a playoff spot in 2022. Such is the bare minimum for a club with Austin FC's ambition and support.

With no more major moves expected before the start of the MLS season, it's time to take stock of how Austin FC shapes up for year two, position by position.


The only part of the pitch Austin FC left largely untouched during the offseason is at goalkeeper, for good reason. Stuver established himself as a top-end starting net minder in MLS in 2021, leading the league in saves and keeping ATXFC alive in several matches that could have easily turned into blowouts. Even more than his shot-stopping ability, Stuver's comfort with the ball at his feet makes him an indispensable part of Josh Wolff's structure. Tarbell and Pulisic provide capable depth, while 19-year-old Las, signed on Tuesday, is likely destined for a loan spell.


Nowhere on the pitch did Austin FC more clearly need reinforcing this offseason than at center back, after the pairing of Romãna and Cascante looked overmatched following (now-retired) Matt Besler's season-ending concussion last season. The club got the help it needed, first in the MLS SuperDraft when Keller, the NCAA's top center back, fell to them at pick No. 5. Then, Austin FC signed out of the French second division the experienced 29-year-old Gabrielsen, who the club thinks can be a top-level center back in MLS. Buyer beware, though. CB's with more impressive résumés have come to MLS and been slow to adjust to the league's physicality. Lucky for Austin, though, physicality is Gabrielsen's M.O.

It's as-you-were on the flanks with Kolmanič locked into the left back spot and Lima/Jimenez likely rotating at right back. As it stands, rookie Asensio will have to provide valuable reserve minutes if any injuries befall the other three.


Having the mercurial Driussi for a full season is a huge boost to Austin FC's attack. However, it's the defensive midfield spot that's gotten the biggest lift this offseason. The club shelled out over $1 million to Colombian champions Deportivo Cali for Valencia, an expert ball-winner and defensive sweeper. His presence should allow Alex Ring – who signed a contract extension making him a Designated Player earlier this month – to get forward more often in attack, where he had success at times when allowed to do so in 2021. Pereira, fresh off a strong rookie season, represents an excellent fourth option capable of filling in anywhere in the midfield.

One key name from the inaugural roster has been removed from Austin FC's midfield picture. Tomás Pochettino, the club's second- ever DP, returned to his native Argentina to join Buenos Aires club River Plate on loan, with an option to become a permanent transfer at the end of the season. The move seems to have been a positive for all sides; Pochettino, who did not fit cleanly into Wolff's structure, will have opportunities to thrive with River Plate. Meanwhile, the money Austin FC saves on his wages likely allowed them to complete the deal for Valencia.


For a span of two months last season between Hoesen's season-ending hip injury and Djitté's arrival, Austin FC had exactly zero healthy strikers to anchor the attack up top. Now, with Hoesen returning to fitness and ATX securing the free agent signing of MLS veteran goalscorer Urruti, Wolff is spoiled for choice at center forward.

"To have three strikers is a far cry from what we had last year. I'm delighted by the options and the amount of competition throughout the field is critical," Wolff said, adding that he hopes the trio makes his job of distributing playing time "tough every week," due to all three excelling in training.

Free agent signing Finlay brings veteran experience and leadership to a deep group of wingers, where Domínguez and Fagundez return as lock-'em-in starters. 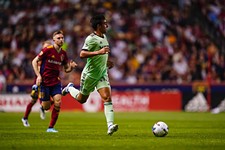 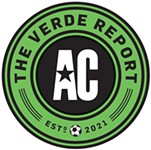