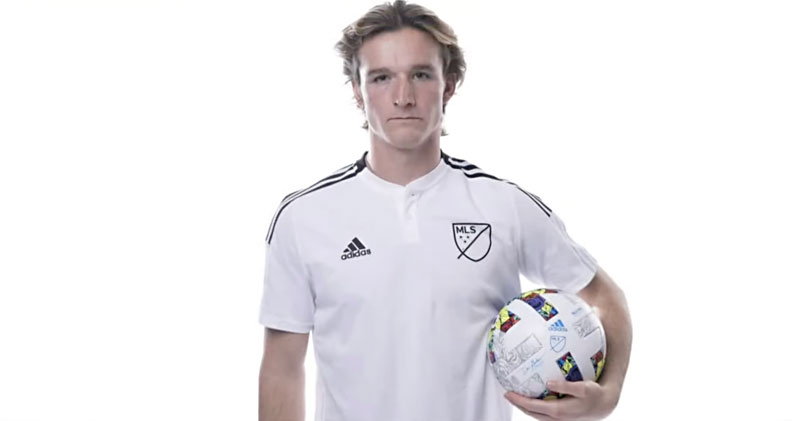 If it wasn't for bad luck last season, Austin FC would have had no luck at all. However, if Tuesday's MLS SuperDraft was any indication, the Verde's fortunes might be changing for the better in 2022.

Keller, 21, brings a tantalizing combination of size (6'3", 185 lbs.), experience, and leadership to a club who spent most of the 2021 season desperate for depth at center back. Keller captained St. Louis as a sophomore and led the Billikens to a 16-1-4 record – including nine shutouts – and an NCAA Tournament Elite-8 appearance. In addition to his defensive record, Keller proved a threat offensively on set pieces, scoring three goals and providing one assist. He was named the Atlantic 10 Defensive Player of the Year for 2021.

"I'm just really excited to get started," Keller said on the MLS livestream. "I feel like I'm ready to make the jump [from college to pro], and I'm grateful Austin gave me this opportunity."

Keller was able to make that jump as a sophomore by way of signing a Generation Adidas contract, which lets pro-ready underclassmen throw their names into SuperDraft consideration. The Generation Adidas tag also allows those players to make higher starting salaries than typical draft picks without costing their clubs extra salary cap space.

After a concussion prematurely ended Matt Besler's season in September, Austin FC was forced to make do with just three healthy center backs: Julio Cascante, Jhohan Romaña, and 2021 SuperDraft pick Freddy Kleemann. Once Besler announced his retirement at the end of the season, center back became the obvious top area in need of fortification for the club during the offseason.

While Keller should not be expected to immediately slot in and solve those problems in the defense, he represents an exciting development project for head coach Josh Wolff and should have the chance to earn a fair chunk of minutes during his rookie season, especially when injuries inevitably thin out the back line. Then again, Wolff showed no hesitation making Pereira a key part of the club's first team as a rookie last season, so who really knows what limitations will be placed on Keller from the get-go?

Whatever Keller's role might or might not be in 2022, Austin FC should not, by any means, consider the center back position sorted out. At the bare minimum the club must reel in an experienced, starting-caliber defender in the transfer market if it has any hopes of improving upon its Western Conference-worst 56 goals conceded tally this season.

These days, MLS talent comes from a litany of sources (club academies, international transfers, etc.), and the SuperDraft, to some, represents a smaller and smaller piece of that puzzle. But there is still elite talent to be found in each year's class, and Austin FC can feel fortunate that they were in a position to select a player with all the tools to become one of those rare finds. If nothing else, it's a good omen to start a critical year of redemption for Austin's major league squad. The Verde Report: Austin FC Is the Wake-Up Call Its Texas Rivals Needed
FC Dallas and the Houston Dynamo open their checkbooks to sweeten their rosters The Verde Report: Austin FC Splurges on Veteran Goalscorer Maxi Urruti
The Verde has now made two signings on the attacking end of the field