The Verde Report: Austin FC Struggled on the Field but Thrived off the Field in Memorable First Season 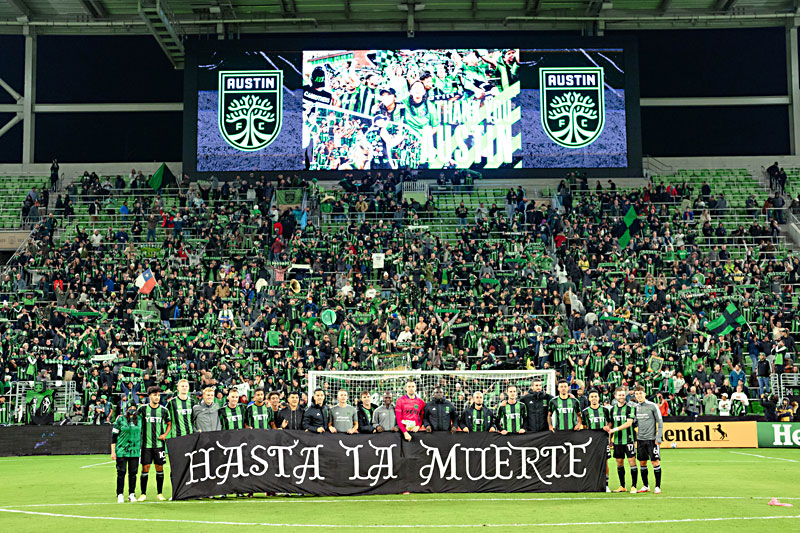 Austin FC players pay tribute to the club's fanbase after the final home match November 3, lifting a banner with supporters' slogan "Hasta la Muerte," or "To the Death." (Courtesy of Austin FC)

On Sunday, Austin FC walked off a Major League Soccer field for the 34th and final time in 2021, putting a capper on the very first season of top-tier professional sports in Austin.

Those of us with the duty and privilege to cover the Austin FC phenomenon have had two very separate and diverging storylines to document over the past six months. There has, of course, been the saga of the on-field season. ATXFC played out the majority of its inaugural year rooted at or near the bottom of the standings, finishing with a Western Conference high of 21 losses, the last coming over the weekend in a 3-0 beatdown by the Portland Timbers.

By any measure, the Verde were a disappointment in their first year of action, and they know it. "This season has had a lot of growing pains," captain and midfielder Alex Ring said following the season-ending loss. "We worked hard, but it's definitely not what we wanted or what we expected."

That's not to say Austin FC didn't have its share of happy times. When it was good, it was really good: nine wins, seven of them at home, and most of them against playoff-level competition. Each and every one of the 27 goals ATXFC scored at Q2 Stadium ignited a sellout crowd of passionate, stubbornly committed Verde fans.

Which brings me to that second storyline. Austin, as you may have heard by now, is a soccer city. What started as a rally slogan is now a plain statement of fact. Austin delivered that message loud and clear with 17 nights of electric Q2 Stadium atmospheres when Austin FC played at home. When the Oaks took to the road, hundreds of Central Texans followed and, like missionaries, spread the gospel of Austin soccer nationwide.

Having the U.S. men's and women's national teams stop by on three separate occasions did not hurt either.

And if you think these fans are a fair-weather bunch, well, consider that they witnessed about as much bad soccer as anyone in 2021, yet the waitlist for season tickets in 2022 still outnumbers the maximum capacity of the stadium.

Majority owner Anthony Precourt, the man behind MLS's full-court press to bring top-flight soccer to Austin, has taken his fair share of licks – emphasis on fair – in his time as an MLS executive, but he deserves plaudits for identifying what potential existed in the Texas capital and for tapping into it so quickly.

Oh, but he had help. The soccer lifers of this city, who were instrumental in getting the politics over the line to bring the club here in the first place, could have gotten territorial and shunned anyone who couldn't name the last three winners of the MLS Cup. Instead, they opened their arms wide from New Braunfels to Bastrop and created a positive and inclusive supporters' culture that some of MLS's longest-tenured cities can learn from.

As Austin Anthem President Tony Cardone wrote on Twitter this week, "Austin FC might be a cult, but by God it's one of those good vibes, good people, good deeds cults."

The players helped, too, if not always with their soccer, certainly with their consistent embrace of the community. Goalkeeper Brad Stuver and midfielder Diego Fagundez (whom coach Josh Wolff jokingly labeled "the future mayor of Austin"), in particular, likely won't have to pay for breakfast tacos for the rest of their days here.

The room for improvement is ample and obvious, and in many ways 2022 represents a more consequential year for the club than even 2021. They'll have to do it without defender Matt Besler, who announced his retirement from professional soccer on Wednesday after a Hall of Fame-worthy 13-year career.

Sustainability is the key. But if Matthew McConaughey's prophecy of the "100 Year War" is to be believed, Austin FC has made a formidable first strike.

The 2022 MLS season begins February 26, after an abbreviated offseason to account for the 2022 FIFA World Cup Qatar next winter. The Verde Report will continue to provide coverage of Austin FC as news breaks throughout the offseason. 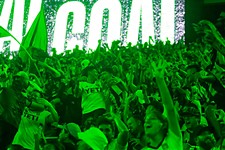 The Verde Report: Credit Where It’s Due
Playoff-bound Austin FC put together the season it needed in 2022