To turn the season around, he's going to need to bring the heat 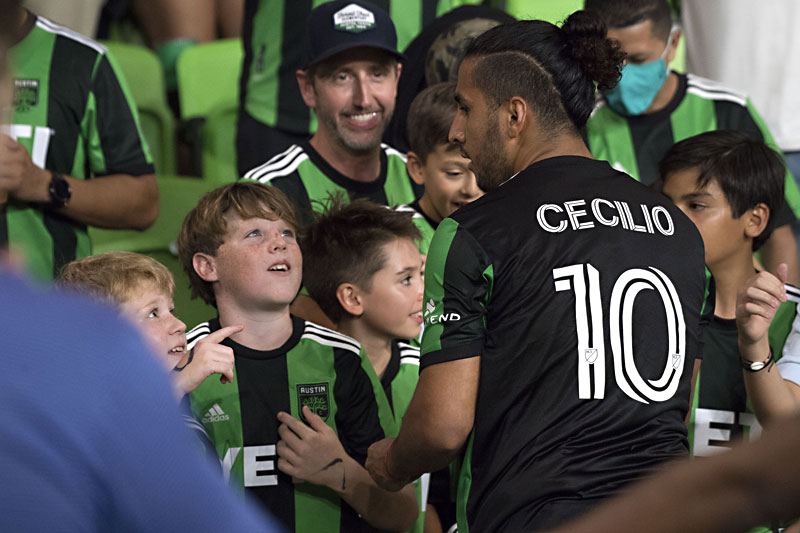 Austin FC captured a vital and emphatic win Saturday, Aug. 21, beating the Portland Timbers 3-1 at Q2 Stadium and snapping an ugly three-game losing streak. Just about every ATX player needed the bounce-back performance, but none more so than Paraguayan forward Cecilio Domínguez, who notched a goal and an assist in the victory.

It's been a seesaw start to MLS life for the 27-year-old Domínguez, who has shown flashes of undeniable talent but has lacked consistency on the pitch through Austin FC's first 20 games. Despite spending nearly the entire season as the club's top scorer (though, admittedly, it hasn't taken a whole lot of goals to hold that title), Domínguez has become the team's most polarizing figure and the subject of more criticism than any other player, not only from fans – many of whom get annoyed by Domínguez's tendency to dive at the first whiff of contact – but also from his own head coach.

Things appeared to hit disaster level in the last of the three recent defeats, a 2-1 home loss to the middling Vancouver Whitecaps on August 18. Domínguez played 30 minutes of ineffective and mistake-ridden soccer before Josh Wolff had seen enough and substituted him out of the match. It was a stunning – though justified – move, considering players are so rarely removed from a match before halftime for any reason other than injury.

It had fans fearing the worst. Had Domínguez given up on the team? Did player and coach have a falling out? After the match, the much more benign truth came out: Domínguez was ill, but failed to communicate the severity of his symptoms to Wolff or the Austin FC medical staff before taking the field. A relief, but still an error on the player's part that cost his team an early sub and several attacking opportunities squandered. After the match, Domínguez apologized to the team for the lapse in communication and, perhaps, the overconfident belief that even when unwell, a player like himself could still be effective in an MLS match.

In his weekly media Zoom call Tuesday, Wolff suggested the experience was a wake-up call of sorts for Domínguez. "I had to do what I did in that moment for the betterment of the team, and I think it also sends a message to Cecilio and to the team that there's certain expectations ... that when you're performing like that, it's unacceptable," the coach said. "I think he reacted after the game in a professional way, took responsibility, apologized to everyone, and right away he was up for [the next match]."

Wolff rewarded Domínguez's professionalism with the start against Portland, and the player rewarded his coach with one of his best performances of the season. "It can be humbling coming to this league. It's not an easy league by any stretch of the imagination," Wolff said.

The hope for Austin is that Domínguez emerges as the catalyst for a season-saving run of results, beginning at Q2 Sunday with a nationally televised rivalry game against FC Dallas (7pm on FS1). The Paraguayan is certainly capable. He oozes star potential and has embraced his surroundings in Austin. A year ago this week, he signed on as ATXFC's second-ever player, undaunted by the challenge of an expansion team and unbothered that the club wouldn't play its first match for nearly eight months. When the first home match came around, Domínguez commemorated the occasion by dressing like John Wayne in his best Texan getup.

The Oaks need their gunslinger at his very best for the remainder of the season. He's unlikely to stop diving. But hey, Austin FC needs all the calls it can get right now. 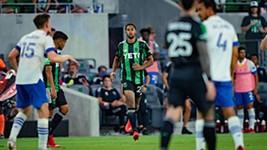 The Verde Report: Lessons From an Austin FC Collapse
What needs to get fixed if the Verde are going to start winning in a near-ish future 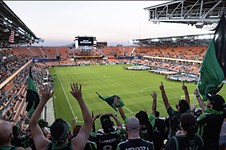 The Verde Report: Tough Decisions After Latest Damning Loss
The fans show up even when the team doesn't