The Verde Report: When One Door Closes ... 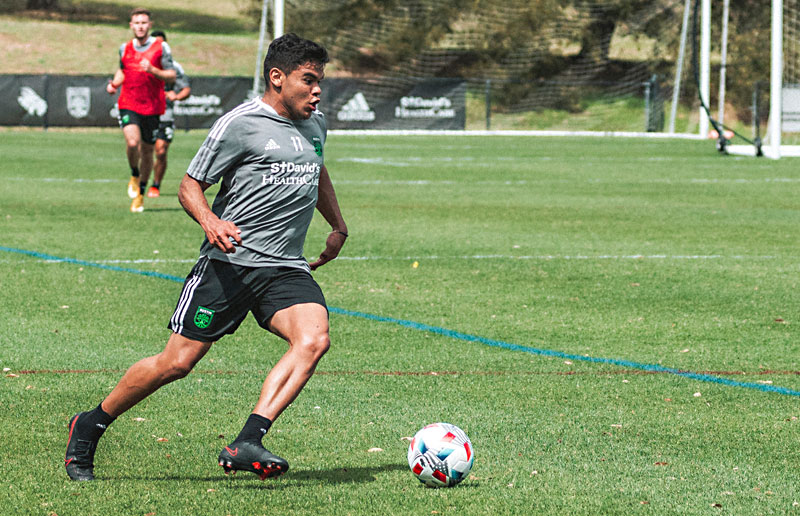 Rodney Redes, Austin FC's first-ever signing, has impressed in the preseason with his speed and scoring ability (Courtesy of Austin FC)

Last week, as I read the final installment of Nick Barbaro's column "Soccer Watch," an institution in this paper and this city since 1989, I couldn't help but be reminded of a certain movie from my childhood. That movie is Nanny McPhee. In the film, Nanny McPhee comes to the aid of a chaos-stricken family when she is needed but not wanted, and eventually leaves when she is very much wanted but no longer needed.

Nick brought soccer coverage to Austin when it was not wanted, but darn sure needed. In the late Eighties, as he tells it, simply finding World Cup qualifying scores required a Herculean effort. "Soccer Watch" fixed that for Central Texans. Three decades later, Austin is on the precipice of debuting as not just a major league sports city, but a Major League Soccer city. The capital city is ravenous for the beautiful game. Noticing this, Nick declared his column's purpose complete, and, like Nanny McPhee, he exits when he will be missed the most. The Austin soccer community owes him a debt of thanks ... and a cold beer as well.

While Nick reported on soccer across the globe, "The Verde Report" will focus (almost) exclusively on Major League Soccer's newest franchise, Austin FC. I invite you to return here each week of the MLS season for the latest news, most interesting quotes, and occasional opinion pertinent to Austin's first major league sports team.

Readers who find themselves less-than-privy to the particulars of MLS or the notable personalities of the club should look out for next week's issue of the Chronicle, which will contain a heap of starter-kit info to chew on.

Austin FC's inaugural match, once just a distant dream, is only two short weeks away. Preseason camp is at full tilt and progressing well, according to ATXFC head coach Josh Wolff. "We're still building out our identity and our game, but there's enough there now to continuously see some progress," Wolff said. As for the April 17 opener against Los Angeles Football Club? "We'll be ready for it."

But don't just take his word for it. In two recent friendly matches played behind closed doors, Austin FC won both, by a combined score of 9-1. The opponents, Oklahoma City Energy FC and Louisville City FC, compete in the second-tier USL Championship, so those results won't turn many heads outside of Central Texas. For what it's worth, though, Louisville managed a 3-0 victory over MLS club FC Cincinnati earlier this month in a similar friendly game.

The preseason intensity takes a Texas-sized step up Saturday at 3pm as Austin FC hosts the Houston Dynamo in an exhibition match of several firsts. It will be the first game Austin FC plays against MLS competition, the first ATXFC match streamed live for all to see (on the Austin FC app), and the first of three matches the club will play as part of La Copita, a new Texas-oriented preseason tournament. The match will also christen the St. David's Performance Cen­ter, ATXFC's brand-new $45 million training facility, recently completed in North Austin.

"I'm glad we have been able to organize La Copita, and we're hopeful it becomes an important part of Austin FC's preparations each season for years to come," ATXFC Sporting Director Claudio Reyna said in a statement.

ATXFC will play FC Dallas in Frisco on Wednesday, April 7, at 4pm, and then host San Antonio FC on Saturday, April 10, at 4pm, in its final two La Copita games.

Subscribe at austinchronicle.com/newsletters to get “The Verde Report” sent directly to your inbox. 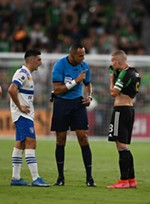 The Verde Report: Referee’s Path to World Cup Began in Austin
“Every referee’s dream is to reach the World Cup”