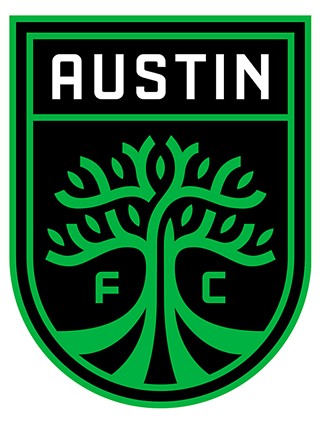 Major League Soccer on Wednesday released a schedule of first home games for all 27 teams. Austin FC opens with a nationally televised game against Carlos Vela and LAFC, one of the preseason favorites in the Western Conference, on Saturday, April 17, at 4:30pm on Fox. The much anticipated first home game here in Austin at Q2 Stadium won't come until Saturday, June 19, hosting the San Jose Earthquakes at 8pm... Also this week, AFC announced their first preseason games, which will take place at St. Edward's University with no spectators. They'll play two USL teams: OKC Energy on March 19 and Louisville City on March 25... Austin FC are a 66-1 underdog to win MLS Cup this year, according to the early odds from BetMGM. Not bad, actually; they rank above three non-expansion clubs, Cincinnati, D.C. United, and Houston Dynamo... Meanwhile, the AFC Academy teams continue to roll, with all three age groups posting wins over their Dynamo counterparts in a road trip to Houston last weekend; they're at FC Dallas this week.

The UT Longhorns' highly touted freshman Lexi Missimo scored a goal and two assists in her first collegiate game, last week's 4-0 romp over Texas State, earning an honorable mention selection to the Top Drawer National Team of the Week. You'll be hearing more from her.

Four teams advanced to the European Champions League final eight this week; the other four will be decided next Tue.-Wed., March 16-17, 3pm on Peacock, NBC's pay channel. The story so far: England could have three teams in, with Liverpool through and Man City and Chelsea defending first-leg road wins next week; it looks like Italy will be shut out, after Juventus was upset by 10-man Porto... One of the world's great rivalry games, the North London derby between Arsenal-Spurs is 11:30am this Sunday on NBCSN.