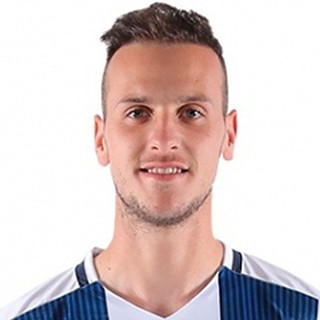 At press time, an authoritative Argentine news source is reporting that creative midfielder Tomas Pochettino is on his way to Austin FC. Pochettino came up through the Boca Juniors youth system but played only one game for the club, before spending the last three years on loan with Talleres, where he's blossomed into a major talent. Assuming that pans out, Pochettino should provide some of that strength up the middle that Coach Josh Wolff has referred to.

In other news, Austin FC Club President Andy Loughnane confirmed to MLSsoccer.com this week that the team is "planning for an early June opener at Q2 Stadium." Though the venue will be complete by "late March, early April," there's "internal and external" infrastructure work that'll put the team on the road for the first couple of months of the season, with a home slate loaded toward the back end of the season. Loughnane also sounded hopeful about fans attending, but said, “We want to remain patient and provide solid information as opposed to speculative information that could, unfortunately, find itself as outdated as early as the next few days.”

Crosstown rivals Austin Bold FC announced Wednesday that they've re-signed Jamaican international Jermaine Taylor for a third season with the club. The dynamic wingback is one of the Bold's most popular players, and a welcome addition back. The Bold will begin their third USL Championship season "on or about May 1."

An earlier version of this article incorrectly said that Andy Loughnane, Austin FC President, "indicated that he expects to be able to operate at about 50% capacity in the stadium, in line with what's been allowed at other outdoor sporting events in the state.” In fact, while state law does allow that 50% capacity, Loughnane has been careful not to make any predictions about percentage capacities at Q2 Stadium when it is scheduled to open in June, 2021.