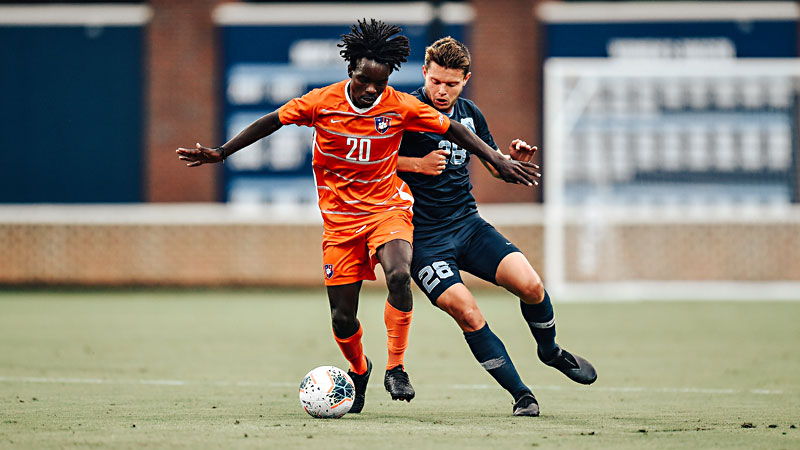 UPDATE: Well, I whiffed on the guess below: AFC tabbed Virginia Tech midfielder Daniel Pereira with their first overall pick this afternoon. Pereira was born in Venezuela before moved to Virginia when he was a teenager.

By the time you read this, Austin FC will likely have added its four newest, and possibly youngest, players to the roster via the MLS SuperDraft 2021, taking place at 1pm the afternoon this paper comes out. With some 174 top collegians eligible, AFC will have the first pick in each of the three rounds, plus an additional first-rounder, which they acquired from Montreal in the draft-and-swap deal for Kamal Miller. The consensus top prospect is Clemson center midfielder Philip Mayaka, with Wake Forest forward Calvin Harris a close second. If AFC does go with the Kenya-born Mayaka, there's plenty of attacking firepower in the rest of the field; soccer news website SBI's mock draft has them going with Indiana forward Josh Penn with their other first-round pick, the 11th overall. (If you're seeing this early, the draft is streaming live at 1pm on MLSSoccer.com.) That would bring the roster up to 21 players – edging closer and closer to an actual opening-day lineup.

Meanwhile, next week is the unveiling of the Legends Jersey. It's not even out yet, but it already has its own website – www.thelegendsjersey.com – where you can sign up to see it first and get on the mailing list to get the latest AFC news. That reveal, if I'm reading the countdown clock correctly, is at 10:10am on Wednesday the 27th – online, on social media, and on all other communication methods now in existence or yet to be developed. We'll have it in the next day's paper, too.