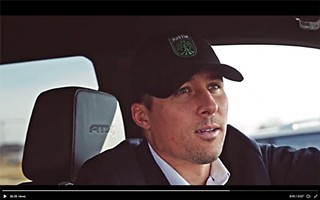 It's been another big week for Austin FC, with two big-name free agent signings in as many days. First came midfielder Diego Fagúndez, who's just 25 but has 10 years of MLS experience – all of it at the New England Revolution, where he debuted at 15 after growing up nearby. He became the youngest MLS free agent signing ever when his deal was announced Tuesday. The next day, the team announced defender Matt Besler, World Cup veteran and longtime captain of Sporting Kansas City, where he remains well-beloved despite seeing his playing time limited this past season. Both players gushed about their moves and the chance at getting in on the ground floor of what AFC is building here; Besler backed that up with a video shout-out to AFC and its co-owner Matthew McConaughey, posted on Twitter Wednesday morning.

Liverpudlians everywhere – from Merseyside to B.D. Riley's at Mueller – were saddened this week by the death of Gerry Marsden of Gerry & the Pacemakers, whose cover of the song "You'll Never Walk Alone" became a huge hit and the eternal anthem of Liverpool FC. And if you've ever heard 53,394 fans belt it out at Anfield, you understand what they're feeling.