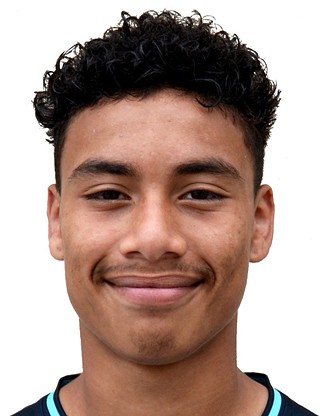 Hutto native Beto Avila will be back with the Austin Bold for 2021.

The U.S. men are back in action this week, taking on El Salvador on Wed., Dec. 9, in Fort Lauderdale, Fla., with a completely different roster from the young squad that played two games in Europe in November. Coach Gregg Berhalter has called up 12 uncapped players in his squad of 22; all but one of the 22 plays in MLS, as opposed to the November group, who all play for clubs in Europe; 14 of them are currently eligible for the U.S. U-23 national team that will try to qualify in March 2021 for the summer Olympics. Again, the depth of the U.S. youth movement is impressive and unprecedented.

The Austin Bold will be back at Circuit of the Americas in the spring and just announced that they've signed six returning players, including assists leader Xavier Báez and 20-year-old homegrown product Beto Avila, who's hoping for a breakout season after being limited to 67 minutes' playing time in 2020.

Meanwhile, fixture congestion continues as Major League Soccer and the Champions Leagues in both Europe and North America all hurry to squeeze in their seasons before the end of the year. MLS is down to its final four games, with Kansas City and Minnesota facing off in the last quarterfinal tonight (Thu., Dec. 3) at 7:30pm; Columbus-New England in the Eastern Conference Final Sunday, Dec. 6, at 2pm on ABC; and Seattle in the Western Final at 9pm on Monday, Dec. 7. The MLS Cup is at 7pm next Saturday, Dec. 12... The European Champions League group stage winds up next Tue.-Wed., Dec. 8-9, with a third straight week of midweek games and most of the spots in the final 16 still up for grabs... The CONCACAF Champions League, interrupted midway through the quarterfinals, will be completed over eight days, Dec. 15-22, in Orlando, Fla., with four MLS teams, three Mexican clubs, and Honduras' CD Olimpia.