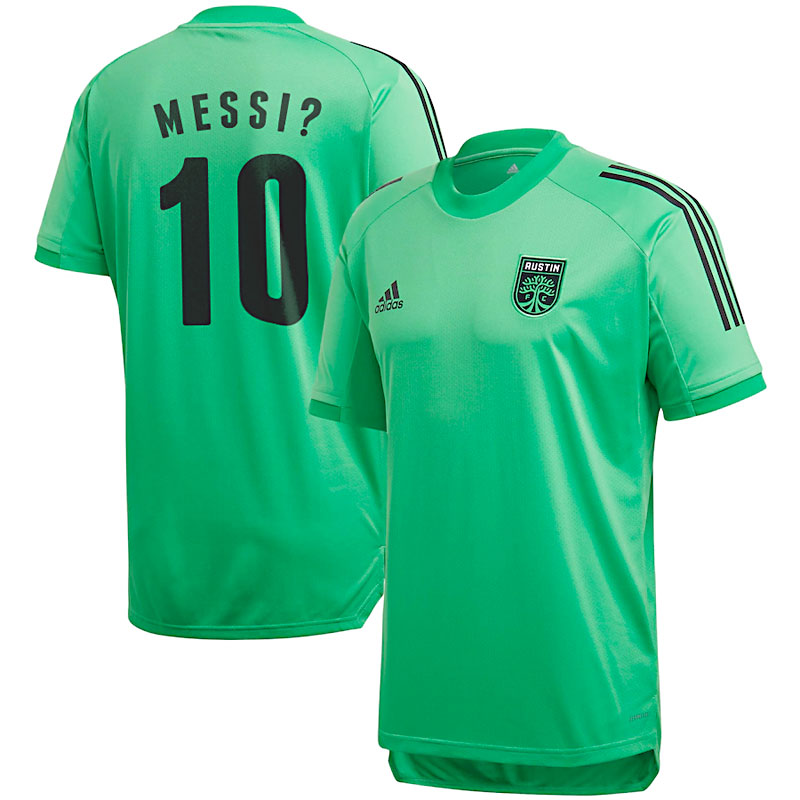 A New Face in Town

Austin FC has signed their first-ever designated player: 26-year-old Paraguayan forward Cecilio Domínguez, will join via transfer from one of Argentina's "Big Five" clubs, Independiente. He joins countryman Rodney Redes, Austin FC's first signing in July. He'll be on loan, perhaps in Liga MX, for the remainder of 2020 before joining Austin FC in 2021. A solid start... Then another player became available Tuesday, as Lionel Messi announced he wants to leave Barcelona. The asking price of close to a billion dollars might not be in line with what Austin FC is trying to build, but it would be a good look, right?

The Austin Bold are playing at Colorado Springs as we go to press Wednesday evening, and at OKC on Sunday (live on ESPN+); the next home games are a pair Sept. 5 & 8 against Tulsa that will go a long way to deciding which of those two make the playoffs... Down the road, San Antonio FC just announced that they'll allow a limited number of season ticket holders attend games at Toyota Field.

UT just announced their 2020 Big 12 Conference-only fall schedule. The Horns will play once a week, all on Fridays, starting Sept. 11 by hosting defending Big 12 Tournament champion Kansas. There'll be only four home games and no post-season tournaments, as the NCAA has canceled all fall sports championships, with NCAA Chief Medical Officer Brian Hainline telling CNN: "Right now, if testing stays as it is, there's no way we can go forward with sports ... We're not in a place today where we could safely play sports," and NCAA medical adviser Dr. Colleen Kraft adding that "I do predict, because we've already been seeing it in those sports that have been very diligent, that there will be transmission and they will have to stop their games." So, go Horns!