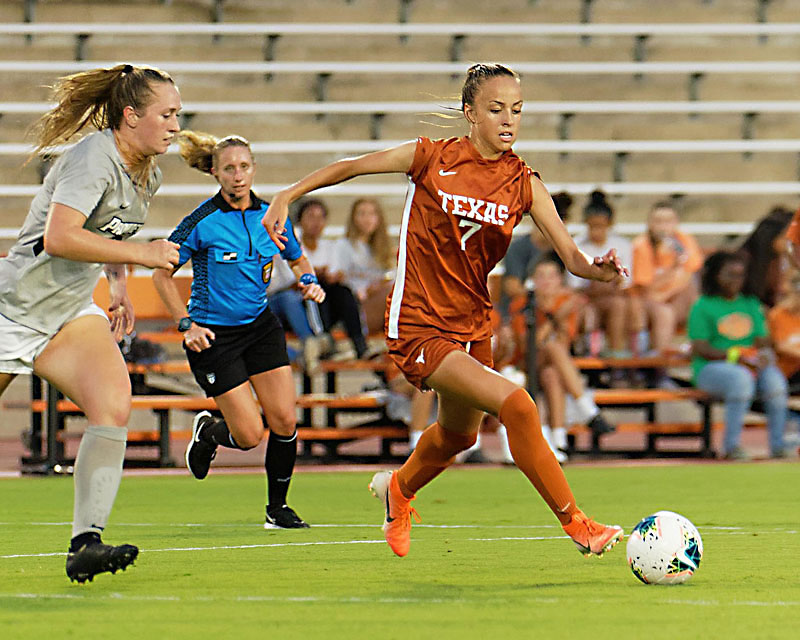 I wish I had better news for the Back to School issue, but at press time, the fall soccer scene is in as much disarray as everything else, so...

The UT Longhorns will have a season of some sort, though likely not the schedule currently posted at TexasSports.com, which has them starting play Aug. 20. They hope the Big 12 and NCAA will clarify things later this week. All games will be free this year, and there'll be plenty of room to social distance at 20,000-seat Myers Stadium.

At St. Edward's, meanwhile, men's soccer has been canceled permanently, but the women's season is currently set to start Sept. 26 with a 13-game, Lone Star Conference-only schedule. (The Hilltoppers are down to 11 varsity sports: four men's, six women's, and a coed e-sports program.)

High schools don't start their seasons until December, so are still up in the air, along with a number of local youth clubs. Notably, Austin Lonestar is moving ahead, with Ascension Seton designing their health protocols.

More immediately, the Austin Bold try to get back in the win column Saturday, after suffering two losses and a COVID-19 outbreak since the season restarted. They host last-place Rio Grande Valley this Sat., Aug. 8, at 8pm – still no fans allowed, but still available live on ESPN+... The MLS Is Back Tournament wraps up this week. One semifinal is ongoing as we go to press; the second, Orlando City-Minnesota, is Thu., Aug. 6, at 7pm, and the final is Tue., Aug. 11, at 7:30pm... The 2019-20 European Champions League season resumes this Fri.-Sat., Aug. 7-8, with the last four round of 16 games: 2pm both days on CBS Sports.