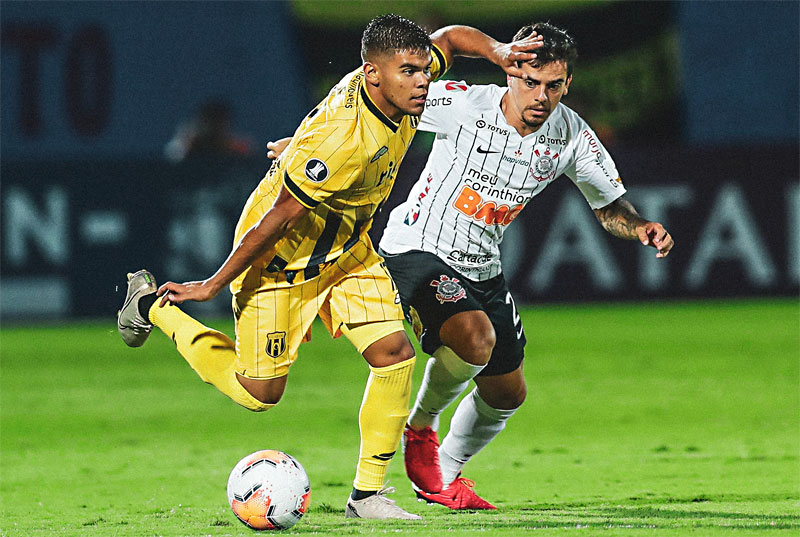 Austin FC announced their first-ever player signing Tuesday: 20-year-old Paraguayan winger Rodney Redes – and I can read a few things into that. In a business sense, it seems like a confident move, and a forward­-looking one: They didn't need to splash money on a marquee name, because they've already got the city's attention; a youngster with a lot of upside is more on brand. ESPN reported the transfer fee being $2.75 million, and in the crazy world of global transfers, that looks like a sound investment. No one outside of South America has ever heard of Redes, but he's well regarded there, and has already been a starter and proven goal-scorer for two years of league play, and also in Copa Libertadores. If he progresses as people seem to expect, and makes the Paraguayan national team as fans and the press there seem to want, AFC can sell him on to a European club in a few years for a nice profit; or he could decide he likes it here and become the face of the franchise for a decade – either way's a win. And on the field, though obviously I've never seen him play, it's good to see the first pick go to a creative attacking player. More of that!

MLS Is Back: At press time, I can confirm that tournament play has begun Wednesday evening in Orlando, despite a second team (Nashville) being diagnosed with multiple cases of COVID-19, and one of the opening day games being postponed. FC Dallas had to pull out Monday when 10 players and a coach tested positive. Really looking forward to ESPN's video presentation; they've promised an innovative "immersive" experience: no fake crowd noise, but microphones everywhere including the referee, many more cameras including drones, green-screen Jumbotrons, and more. ... The Austin Bold continue training for their home opener, next Friday, July 17, but there will be no fans for at least the first two games, the club announced Tuesday. ... The UT women's soccer schedule for the fall is out: 10 home games, 17 overall, starting Aug. 14. ... The NWSL continues in Utah, with group play ending Monday, and the knockout round starting next weekend; find it on CBS All Access.