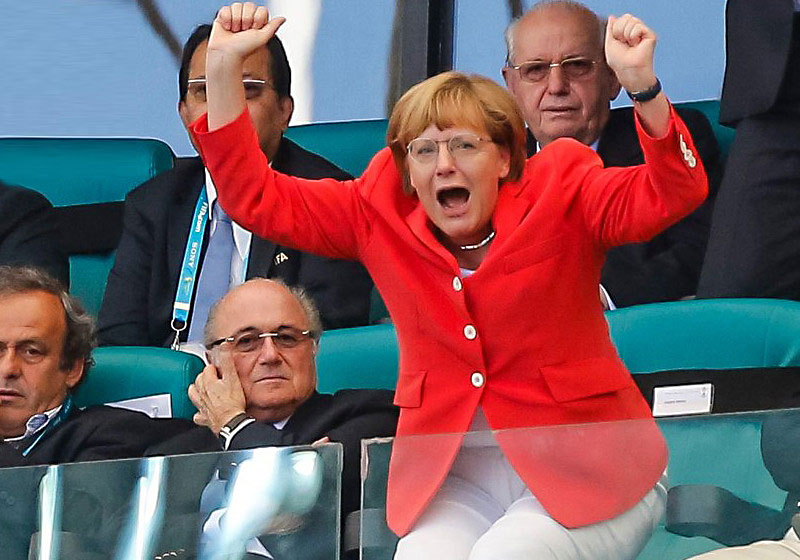 German Chancellor Angela Merkel on Wednesday cleared the way for the German Bundesliga to resume play this month – as soon as next Friday, May 15, if the league so decides – which will make them the first major sports league in Europe to restart. Some 1,724 coronavirus tests were conducted last week on players and staff at all 36 first and second division teams, and 10 came back positive, triggering a round of isolation and contact tracing protocols and further testing. As I wrote last week, the geisterspiele (or "ghost games") will be played behind closed doors, with exactly 332 people in and around the stadium, including players, officials, TV crews, and stadium/security staff. Watch Fox Sports listings for details as they become available. Elsewhere, France, Belgium, and Holland have canceled their seasons, while Italy, Spain, and England are still hoping to return in June.

Men's soccer is one of six St. Edward's athletic programs under the gun to do multimillion-dollar fundraising by the end of this month if they want to avoid cancellation. The private university announced the cost-saving move last month – to bring the number of varsity sports down to the minimum 10 allowed for an NCAA Div. II school – but then opened the door a crack for any program that could raise enough money to fund themselves for five years, and set up an endowment to make that funding permanent. For men's soccer that would run to at least $20 million; no one is optimistic. That would leave Div. III Southwestern and Concord­ia as the only NCAA men's programs in the Austin area. (Huston-Tillotson plays in the NAIA.)

The U.S. women lost most of their equal pay lawsuit against U.S. Soccer on Friday, as a U.S. district court judge dismissed most of their claims on summary judgment – finding that the WNT "made more money than the MNT per game" and that the collective bargaining agreement the women reached in 2017 contained benefits the men didn't have in theirs. Still alive are claims under the Civil Rights Act regarding disparity in hotel and travel accommodations, and medical and training support staff. The women will appeal the ruling, but the ­consensus opinion seems to be that they overreached on their initial claims.