Champions League knockout games started this week, on both sides of the Atlantic. In Europe, Atlético Madrid handed Liverpool a rare loss (they're unbeaten and once-tied in 26 EPL matches this year) in the opening game; action in the home-and-away round of 16 continues next Tue.-Wed., 2pm on TNT. Here in CONCACAF, Atlanta drew in Honduras and LAFC lost 2-0 at León, Mexico, Tuesday night; the quarterfinals continue tonight, Thursday, with NYCFC at San Carlos in Costa Rica (7pm), and Seattle Sounders at Olimpia in Honduras (9pm), and return legs next Tue.-Thu. evenings, Feb. 25-27, on FS1 and FS2.

Countdown: Just three weeks until the Austin Bold's March 7 home opener against New Mexico United, and they continue to build out their roster with familiar faces from last year. FWIW, FiveThirtyEight.com (projects.fivethirtyeight.com/soccer-predictions/usl) projects the Bold to finish fifth in the USL West, with a 75% chance of making the playoffs. 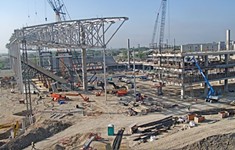 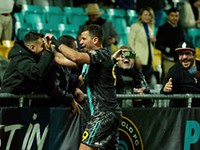