A Legend Passes On; The Legacy Continues 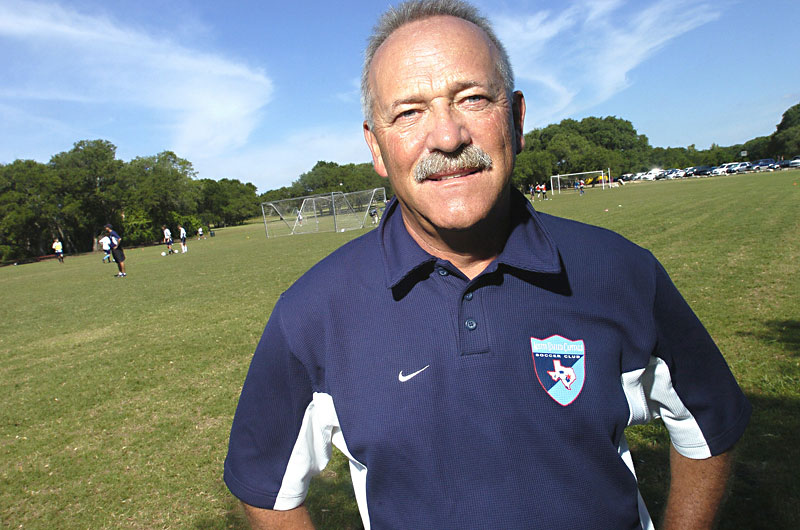 Wolfgang Suhnholz, the seminal figure in Austin soccer, and a notable figure in the world game, passed away on Friday, Dec. 27, at the age of 73. The Berlin native was a star midfielder at Bayern Munich in the early 1970s, then moved to the U.S. for six years in the NASL. After a torn Achilles tendon ended his playing career, he moved to Austin in 1985 and started Capital Soccer Club, the first big youth soccer program in Austin, and the first club in South Texas to field both girls' and boys' teams. And while he went on to coach at the national level – including at the 1999 World Cup and 2001 U-20 World Cup – he kept building the roots of local youth soccer at Capital, then Austin United, and what's now Lonestar SC, shepherding generations of local kids into their soccer careers through his national connections, and then as coach at the Austin Aztex, the city's first serious try at a pro team. He was a sweetheart of a guy, universally loved in all corners of the local soccer community, and he'll be missed.

A celebration of life is being planned, likely in February, and you can help out the family with medical expenses at this gofundme page.

A couple of those local products whom Suhnholz helped on their way, Sonny Guadar­rama and Kris Tyrpak, are among the players who'll be back with the Austin Bold in 2020, the team announced recently. Others include leading goal scorers Andre Lima and Kléber Giacomazzi, assist leader Sean McFarlane, minutes leaders Jermaine Taylor and Amobi Okugo, and goalkeeper Diego Restrepo. Their season starts in March.

And next March, there'll be MLS soccer in Austin. Austin FC announced that they've partnered with Levy to provide the food and beverage at their McKalla Place stadium, scheduled to open in spring 2021. Levy is top of the line, running the concessions for some 200 or so arenas, stadiums, events, and other venues nationwide – everything from the Super Bowl to the Grammys, from Dallas' American Airlines Center to Texas A&M's Kyle Field, to the Austin Convention Center and Palmer Auditorium.

"Playing Through": Wolfgang Suhnholz is more interested in building a robust soccer community in Austin than scoring a big-time coaching gig":