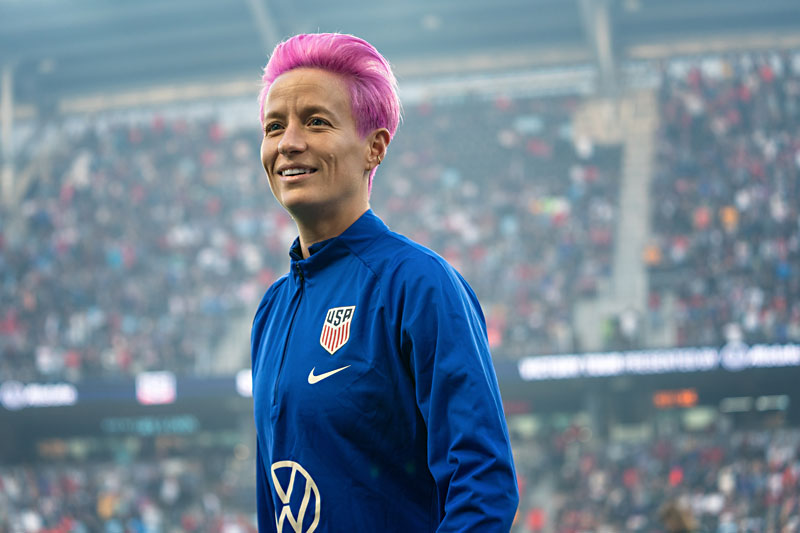 For the third year in a row, the top two local stories are Austin's two pro soccer teams, but boy, have things changed. Austin FC, set to become the city's first major league sports team, went from nonexistence to breaking ground on their sold-out stadium, while Austin Bold FC fulfilled their promise to bring pro soccer back to Austin, in the town's first soccer-­specific stadium, no less. But on the global stage, the massive response to the summer's Women's World Cup, the U.S. Women, and Megan Rapinoe in particular, was one of the biggest stories of the year, in soccer or anywhere else.

1) Megan Rapinoe: It's her world. On a great U.S. team, she willingly took on both the pressure kicks and the media heat, and kicked ass on both fronts. She was player of the tournament, Player of the Year, equal pay spokesperson, gay icon, free speech advocate, and more.

2) The U.S. Women sued U.S. Soccer shortly before the WWC, demanding pay, working conditions, promotion, and support equal to what the men's team and its players receive. And while the contract negotiations are complicated and ongoing, there's no doubt that the lawsuit, followed closely by the unusually competitive WWC, focused massive attention on the state of, and support for, women's soccer in the U.S. and around the world.

4) Austin Bold FC fielded a fun team in their inaugural year, mixing local and international talent and an attractive style, in a really nice, family-friendly stadium at COTA. They had some success on the field as well, advancing to the second round of the playoffs and the fourth round of the U.S. Open Cup, and winning the inaugural Copa Tejas contest between the four Texas clubs in USL.

5) Austinite Ismail Elfath, already one of the top referees in MLS, was selected to ref the FIFA Under-20 World Cup Final in Poland.

6) July 7: The Women's World Cup, Gold Cup, and Copa America gave us a crazy month of international soccer, culminating in three championship finals on the same day. And Austin crushed it, with easily the highest ratings in the country for the WWC final.

8) A citizen referendum aimed at stopping the Austin FC stadium, and future such deals with the city, was voted down, 64%-36%.

9) The UT Longhorns never lived up to their considerable early promise, finishing 11-7-1, with a first-round exit from the NCAA Tournament.

10) The U.S. Men had a forgettable year, but Christian Pulisic was sold to Chelsea for $73 million, triple the previous record for a U.S. player.

Feb. 10: City clerk certifies a petition that "requires voter approval of any agreement that allows a professional sports team to use public land tax-free."

June 12: Season ticket deposits go on sale; over 30,000 seats ordered the first day sets an MLS record for such things.

Nov. 21: Claudio Reyna announces that he's leaving his job as sporting director of New York City FC "to accept the exciting opportunity to once again be part of an expansion club," Austin FC.