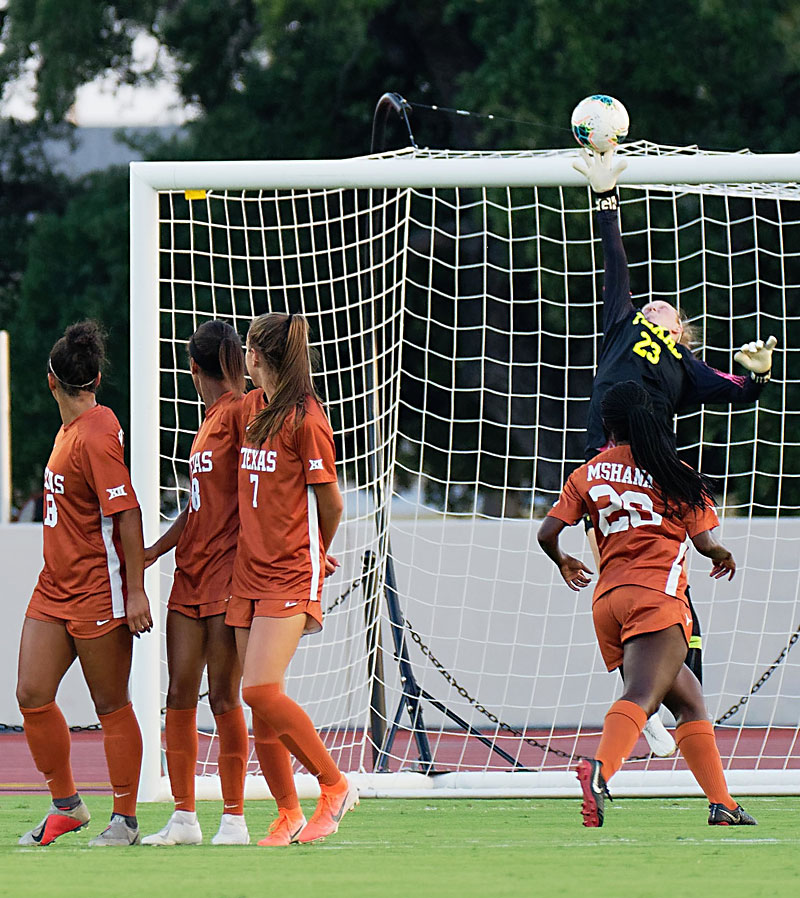 The Texas Longhorns start a three-game home stand at 7pm this Thu., Oct. 3, against TCU, with a food drive: Donate canned foods at the gate and get a coupon for a free Whataburger. The Horns took a big step forward last weekend, notching consecutive 1-0 road wins at No. 17 Kansas and Kansas State to open Big 12 play; junior goalkeeper Nicole Curry was named the Big 12 Defensive Player of the Week for her efforts.

So far, so good: Austin Bold FC opened their season-ending four-game road trip with a come-from-behind 2-1 win against Portland Timbers 2 that lifted them up to fifth place in the USL West, with a chance to overtake fourth-place Real Monarchs when they play them Saturday afternoon in Salt Lake City. Goals in Portland came from Brazil's André Lima and local fave Kris Tyrpak.

The U.S. women swept the top honors at FIFA's annual "The Best" awards: Megan Rapinoe won Best FIFA Women's Player, Jill Ellis Best FIFA Women's Coach, and five players – Rapinoe, Kelley O'Hara, Julie Ertz, Rose Lavelle, and Alex Morgan – were named to the FIFA FIFPro Women's World11. Rapinoe used her time at the mic to call for activism: "We have a unique opportunity to use this game to actually change the world for the better. I hope you take that to heart, do something, we have incredible power in this room." On the men's side, Lionel Messi and Jürgen Klopp won The Best Player and Coach awards... The U.S. women's "victory tour" ends this week with two games against South Korea: Thu., Oct. 3, 7pm, in Charlotte (FS1), and Sun., Oct. 6, 1pm, in Chicago (ESPN), a fine setting for Ellis' final game in charge.