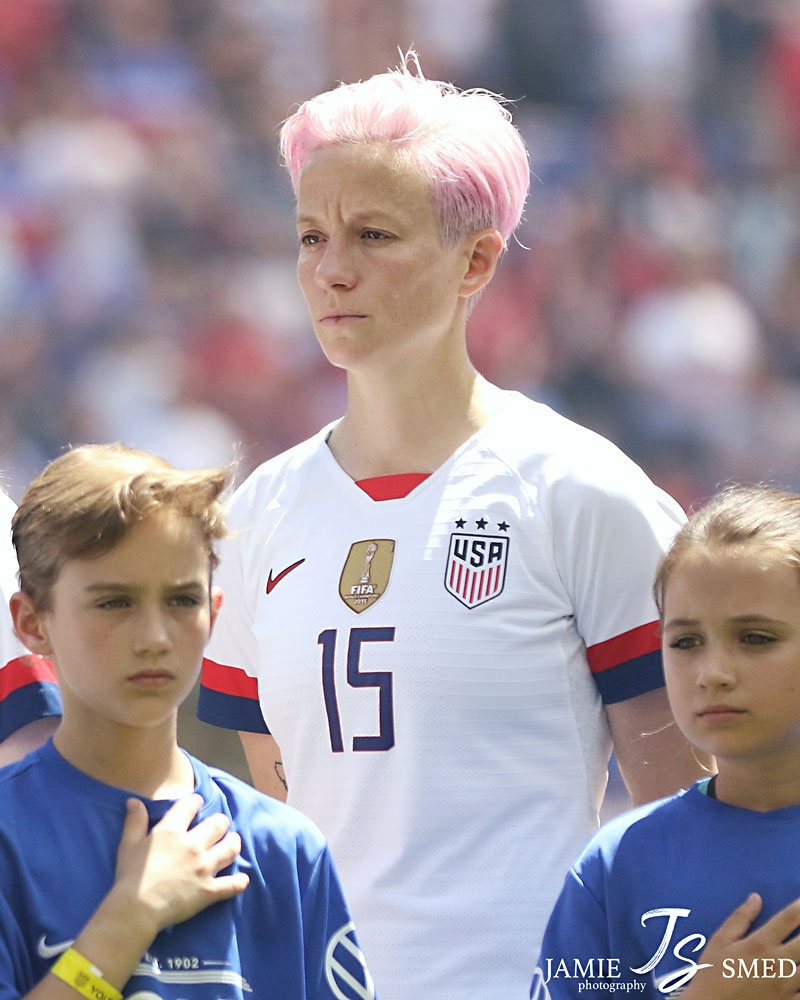 Megan Rapinoe's on top of the world (Photo by Jamie Smed/CC BY_SA 2.0)

So little space to recap and celebrate the U.S. Women's National Team and their marvelous run through the Women's World Cup over the last month. Lots of players were great under pressure; they backed up their bravado with their performances; coach Jill Ellis consistently put them in the best positions to succeed – but ultimately, this was Megan Rapinoe's World Cup. Hell, maybe it's Megan Rapinoe's world. Her success certainly went beyond the best player and top scorer awards she won, just as the team's success goes beyond the title they won. That was clear when the world sided with Rapinoe against Donald Trump. And when repeated chants of "USA! Equal pay!" broke out along the route of Wednesday's ticker-tape parade in New York's Canyon of Heroes. And when U.S. Sen. Joe Manchin introduced a bill on Tuesday to prohibit the use of federal funds for the U.S.-hosted 2026 Men's World Cup, unless U.S. Soccer agrees to "equitable pay" for the women's and men's national teams. And when broadcasts broke records around the world, including the U.S., despite the midday start times. (And Austin crushed it, with easily the highest ratings in the country for the final.) And when Nike's quarterly earnings call featured the news that U.S. WNT jerseys had become their top seller of all time. And when the National Women's Soccer League landed a new TV contract with ESPN (effective immediately; catch the Portland Thorns-Orlando Pride tilt this Sun., Bastille Day, at 2pm). And then, when Austin FC decides to spin off their own NWSL team in a few years, the triumph will be just about complete.

The Austin Bold lost their five-game unbeaten streak last Wednesday in San Antonio; a disappointing 3-0 decision leaves them in sixth place in the tightly packed USL West, with 10 teams making the playoffs. At just past the season's halfway point, the Bold are only two points out of fourth place, which would bring a home playoff game, but also only three points up on the 12th-place LA Galaxy II. This Sat., July 13, they take on Orange County FC, another team chasing a playoff spot. Kickoff is at 7:30pm; tix at AustinBoldFC.com.