Round of 16 matchups now set; U.S. to play Monday 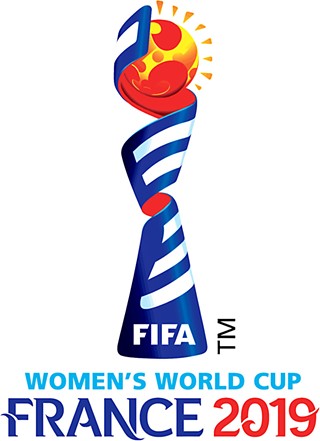 So, here we are, almost two weeks into the tournament, and the U.S. women are finally getting their first real test today – 2pm Thursday, June 20, the last day of the group stage – against Sweden, who've been a nemesis in recent years, most notably knocking the Americans out of the last Olympics. Expect better today for the U.S., who'll have their first team back on the field, though the second team did just fine in the 3-0 win over Chile on Sunday. Both teams have already clinched spots in the final 16, but this game will decide the group winner, and thus which side of the bracket they'll be on. In truth, there's not a whole lot of difference: The winner will face Spain, and then likely France in the quarterfinals; the loser will face the Netherlands-Canada loser, and then Germany.[Update: As it happened, the U.S. handled a rather passive Sweden fairly comfortably, 2-0, and will face Spain Monday morning at 11am.]

Elsewhere in the bracket, everything played out according to form thus far, with the sole exception of upstart Italy beating Australia and winning Group C. That pushed Brazil down to third place, making a surprisingly tough first-round opponent for either France or Germany. Today's third-place games – Cameroon-New Zealand at 11am and Thailand-Chile at 2pm – will decide the last two third-place qualifiers, after Argentina's record three-goal comeback eliminated Scotland on Wednesday, and threw the third-place standings into disarray. If any of the four teams – even woeful Thailand – wins today, they edge Argentina out of the last spot, and if Chile wins, Nigeria's next-to-last spot could be in danger as well. The bracket below reflects my best guess, which has New Zealand and Nigeria advancing. [Update: Cameroon beat New Zealand for that last spot, and the schedule below is updated to reflect that.] ... Friday is a day off, before the knockout Round of 16 runs Saturday through Tuesday, with two games a day... TV ratings in the U.S. rebounded on the weekend; after a weak opening for U.S.-Thailand last Tuesday afternoon, the U.S.-Chile game at 11am Sunday recorded the largest audience ever for a WWC group stage match. Figures are even better worldwide, with record numbers in several countries, and an 80% audience share in the Netherlands.

All times CDT; all games televised on Fox, FS1 or FS2, and Telemundo.

WWC Watch Parties: Your favorite sports bar or soccer pub will doubtless be showing all the games listed above, but here are a few special events:

Both the Gold Cup in the U.S. and Copa America in Brazil are underway, to decide the men's North and South American championships. The U.S. opened with a comfortable 4-0 win over Guyana, the lowest-ranked team in the tournament, and will hope to build from there. It was their first competitive match since being knocked out of World Cup qualifying by Trinidad & Tobago 20 months ago. Next up: Trinidad & Tobago (7pm Sat., June 22), and then Panama (8pm Wed., June 26). All Gold Cup games are on FS1, FS2, and Telemundo. Copa América is on ESPN+ and Telemundo. See the full schedule with this column online.

All games are on FS1, FS2, and Telemundo.

All games are on ESPN+ and Telemundo.