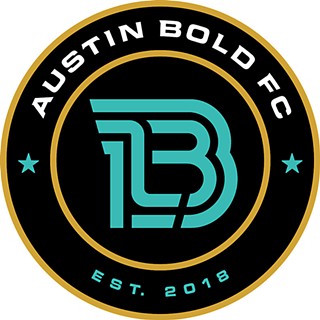 Austin Bold FC opens a three-game home stand as we go to press Wednesday, April 17, hosting Phoenix Rising, perhaps with farm animals in attendance (see "Austin Bold Tells PETA to Go Kick a Chicken," Daily News, April 16). Then comes a Copa Tejas matchup with the El Paso Locomotive at 4pm this Sunday, April 21, and then Real Monarchs at 7:30pm Friday, April 26. Tickets available at AustinBoldFC.com. It's an important stretch for the young team, who won their only previous home game but have started 0-2-1 on the road. ... Just announced: KBVO-TV will show all Bold home games live.

There are three Central Texas girls' teams playing in this week's high school State Championships at Birkelbach Field in Georgetown: Liberty Hill (23-2-2) in 4A, Dripping Springs (21-4-3) in 5A, and Lake Travis (23-4-0) in 6A. No boys' team made it to a regional final. Games all day long through Saturday, 4/20. See the schedule at www.uiltexas.org/soccer/state.

European Champions League semifinals are set after a barn-burner of a match Wednesday, as Tottenham Hotspur edged out Manchester City on away goals after Man City's winning goal in injury time was overturned by video review. It's Liverpool-Barcelona and Spurs against surprising Ajax Amsterdam, April 30 and May 7.

Set your alarms: Less than three days after Spurs knocked Man City out of the ECL, they'll try to knock them out of the English Premier League lead as well: The two meet again at 6:30am Saturday morning in a game that could go a long way toward deciding the fates of all six of the teams at the top of the EPL table. Man City and Liverpool are neck-and-neck for the title, with four and five games to play respectively, and this is the toughest match left on City's slate. Meanwhile, Spurs are in a dogfight with London rivals Arsenal and Chelsea, as well as Manchester United, for the final two Champions League spots.