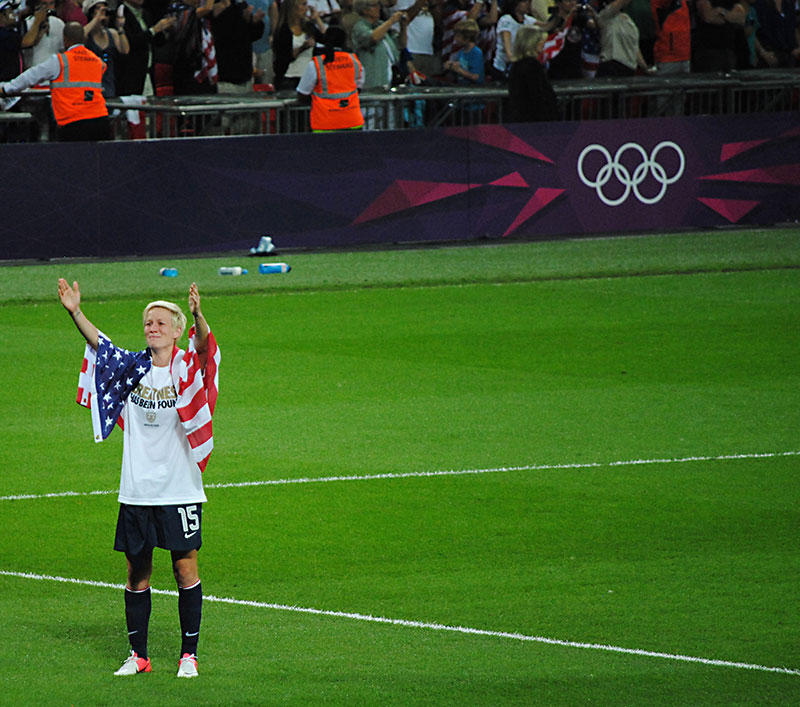 Megan Rapinoe is one of the National Team players suing U.S. Soccer. (Photo via WikiCommons)

With less than 90 days until the kickoff of the 2019 Women's World Cup in France, all 28 players on the U.S. Women's National Team have joined in a lawsuit against U.S. Soccer – filed on International Women's Day – demanding pay, working conditions, promotion, and support equal to what the men's team and its players receive. "At the heart of this whole issue, we believe that it's the right thing," said longtime WNT star Megan Rapinoe. "We believe that there has been discrimination against us. And ... we still feel that we don't have what we're trying to achieve, which is equality in the workplace." The suit also quotes U.S. Soccer President Carlos Cordeiro, who said while campaigning for the seat last year: "Our women's teams should be respected and valued as much as our men's teams, but our female players have not been treated equally."

The Austin Bold FC opened their inaugural season in the USL Championship with a scoreless draw in Las Vegas on March 9; one more road game remains before the home opener against San Antonio on March 30. Tix available at www.austinboldfc.com.

Champions League stages wrap up Wednesday, March 13, in both Europe and North America. In the European Champions League, England has already advanced three entries into the final eight (Manchester City, Man. United, and Spurs), with Spain and Germany shut out thus far and Bayern-Liverpool and Barcelona-Lyon still to play Wed., 3pm, on TNT. The draw for the quarterfinals is this Friday, 6am, for games April 9-10 and 16-17. Meanwhile, MLS may have bombed out of the CONCACAF Champions League. They're trying this Tue.-Wed., March 12-13, to reverse four losses in the quarterfinal first legs, but only Sporting Kansas City appears to have any real chance, even after losing 2-1 last week in Panama; Mexican teams look to be in full control of the other three matches.