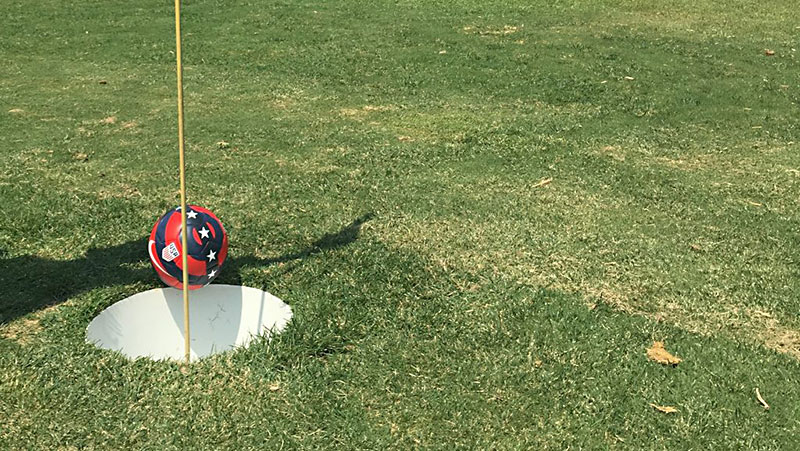 Footgolf! It's a somewhat goofy blast, involving kicking a ball into oversized holes on a links-style golf course. The Austin Soccer Foundation Footgolf Tournament is this Saturday, Aug. 4. Kick-off is at 9am sharp; try to arrive by 8am to get registered, and wear your favorite team jersey to represent. Entry is $30/person; proceeds go to support ASF's charitable endeavors. It's at Harvey Penick Footgolf Course, 5501 Ed Blue­stein Blvd. Info at www.austinsoccerfoundation.org.

Lots of action, this week and next, regarding the McKalla Place stadium proposal (see "Precourt’s Plan for McKalla Place," Aug. 3), but meanwhile, Circuit of the Americas says they're committed to reviving the Austin Aztex's USL franchise; they'll have major announcements this Friday, Aug. 3 – presumably regarding a team name, jersey, coach ... and possibly a marquee player signing in sprint star Usain Bolt. The world's fastest human wants to try a new sport, and is reported to be deciding between Austin and Newcastle, Australia.

Tons of soccer on TV these days, as the U.S.-based International Champions Cup continues, the European leagues get close to opening day, and MLS enters its stretch run. ESPN networks are offering a quadruple-header this Saturday: Inter Milan-Lyon at 1pm, Atlanta-Toronto at 3pm, Real Madrid-Juventus at 5pm, and AC Milan-Barcelona at 7pm.

Reuters reports that the four members of the anti-Putin group Pussy Riot, who were arrested for running onto the field during the World Cup final dressed as policemen, have been released from prison after 16 days.