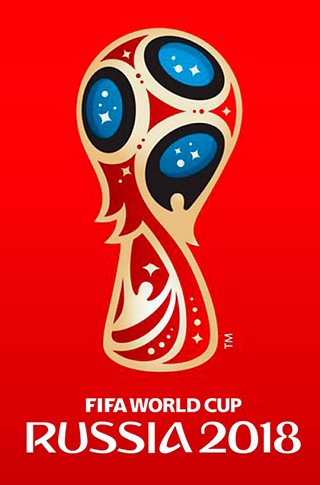 In the opening group stage, every team plays three games: one against each of the other teams in their group. The top two in each group advance to the 16-team knockout bracket, which starts June 30. All games will be shown live on either Fox or Fox Sports 1, and in Spanish on Telemundo.

See more next week, and much more info on the tournament, where to watch it, and what to drink with it, at our World Cup hub, austinchronicle.com/worldcup.

10am: Russia-Saudi Arabia (Group A, Fox) Traditional opener in Moscow features probably the two weakest teams – and least likable political regimes – in the field, in possibly the weakest group in World Cup history.

7am: Egypt-Uruguay (A, FS1) Egypt, without injured EPL player of the year Mohamed Salah, may be the third-worst team in the field; they scored just one goal total in their three warm-up games. Rugged Uruguay should romp.

10am: Morocco-Iran (B, Fox) Effectively an early elimination game between these two opposite ends of the Muslim crescent: With Spain and Portugal in the wings, it's hard to see either team advancing without a win here.

1pm: Portugal-Spain (B, Fox) Easily the tastiest matchup of the first week: Portugal has the incomparable Cristiano Ronaldo, and Spain has seven of the top 30 players in the World Cup, according to an ESPN poll of experts.

5am: France-Australia (C, FS1) Set your clocks or DVRs for an early-morning treat, as the Socceroos are brimming with confidence, and smelling what would be a huge upset.

8am: Argentina-Iceland (D, Fox) Tiny Iceland is a sentimental favorite after an inspired run in last year's Euro tourney, but Leo Messi and Argentina are a level above.

11am: Peru-Denmark (C, FS1) The other half of the group of death: Both rank in the top dozen in the world, neither allowed a goal in any of their tune-up games.

2pm: Croatia-Nigeria (D, FS1) Croatia is a huge favorite here; Nigeria's Super Eagles can be a tough nut, but they can also crack.

7am: Costa Rica-Serbia (E, Fox) Easy call here for Americans to root for our neighbor Ticos, who field eight MLS players on their roster.

10am: Germany-Mexico (F, FS1) Germany's the overall favorite, and Mexico's confidence is shaken by a "partying" mini-scandal and a dismal loss to Denmark in their lone European tune-up game. Tough test for El Tri.

1pm: Brazil-Switzerland (E, FS1) It doesn't have the cachet of Spain-Portugal, but these are two of the top six ranked teams in the world. Brazil looks to be in fine form with Neymar healthy; the Swiss have no real stars, but a smothering midfield that could frustrate the Samba attack.

7am: Sweden-South Korea (F, FS1) This could be ugly; Korea's the weakling of this group, but Sweden's had trouble generating any kind of attack.

10am: Belgium-Panama (G, FS1) Maybe the biggest mismatch of the first round: Belgium is stacked with talent, a legitimate top five contender, and much as I'd like to see first-timer Panama succeed, they look like cannon fodder.

1pm: Tunisia-England (G, FS1) Another mismatch, at least on paper. This is the best English squad we've seen in years, and Tunisia, despite a lofty FIFA ranking, will be out of their depth.

7am: Colombia-Japan (H, FS1) Japan has been at a low ebb, and fired its coach two months ago; they'll have to pull it together quick, because this Colombian squad is stacked with talent.

10am: Poland-Senegal (H, Fox) Two more talented teams round out this most balanced of groups. Robert Lewandowski may give Poland an edge.

1pm: Russia-Egypt (A, Fox) Inshallah, Mo Salah will be back to give the hosts a challenge in their second game.

7am: Portugal-Morocco (B, FS1) Depending on the Friday results, these second Group B games could be desperate affairs for any of the four teams.

10am: Uruguay-Saudi Arabia (A, Fox) Uruguay should cruise again, and Group A could be decided by day's end.

7am: Denmark-Australia (C, FS1) Could be curtains early for one of these two, in this Group of Death.

10am: France-Peru (C, Fox) Another tricky matchup for Les Bleus.

1pm: Argentina-Croatia (D, Fox) Group favorites might both be happy with a draw.

10am: Russia-Saudi Arabia (Group A, Fox)

– END OF FIRST ROUND ROBIN –

– END OF SECOND ROUND ROBIN –