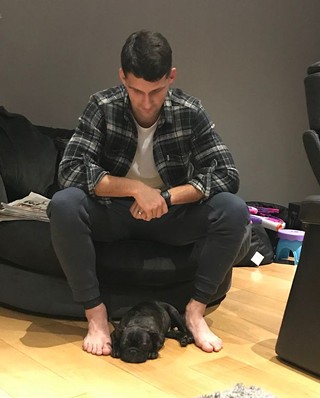 American defender Eric Lichaj scored two first-half goals to lead second-division Nottingham Forest over London giant Arsenal, in England's FA Cup third round on Sunday. After the game Lichaj, who had only scored seven goals total in his 10-year career, revealed that his wife had promised him a dog if he scored a hat trick – setting off a social media firestorm: #GetEricADog, aimed at his wife Kathryn. By Tuesday, Kathryn had relented, and Eric posted a photo of his new pup, Gunner.

Otherwise (barring some local stadium development), "Soccer Watch" is on vacation until February, when European and CONCACAF Champions Leagues start their knockout rounds, and the U.S. Soccer Federation holds its presidential election, with the men's national team in seeming disarray in the wake of the World Cup qualifying failure, and the departure of two coaches within a year.