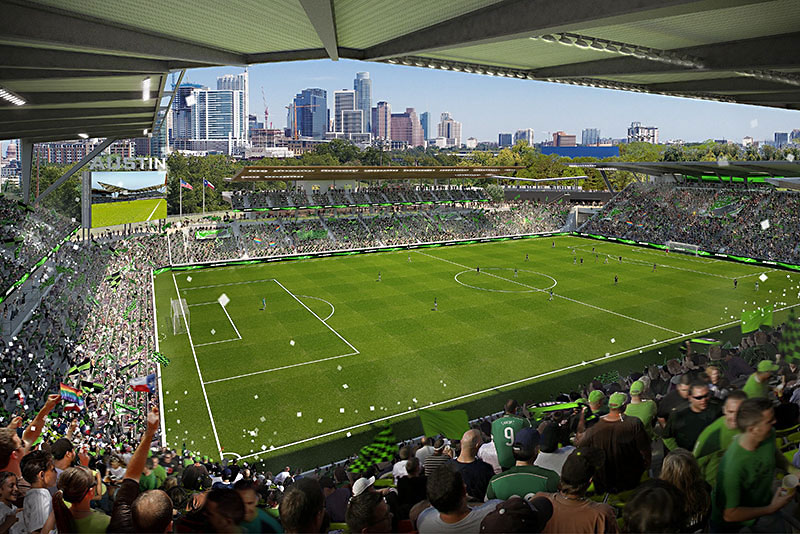 City staff reported to Council this week with their requested list of city-owned sites that might be suitable for a Major League Soccer stadium or training grounds. Staff identified eight properties, and it's an interesting list (the full report should be out by the time you read this), but thus far, it doesn't appear to add anything new to the stadium discussion (see "A Tale of Two Soccer Stadiums," Dec. 8). The only tracts that seem viable for the stadium itself are the three parkland tracts, which have been discussed previously:

• Butler Shores is the Columbus Crew's preferred site, but there are considerable logistical and political obstacles.

• The Travis County Expo Center is intriguing, and popular with city and county officials, but the team has categorically said they're not interested.

• Roy Guerrero Park (off East Riverside, east of Pleasant Valley) hasn't been in the public eye so much, but may be a dark horse. Lots of land over there, but it's mostly pristine park. A proposed baseball stadium in this area was voted down in 1995.

Council will take this all under advisement until sometime after the holidays.

Real Madrid will face Brazil's Gremio in the Club World Cup final in Abu Dhabi this Saturday, Dec. 16 (11am on Telemundo), although the favorites both had to fight off feisty semifinal challenges from UAE's Al Jazira and Mexico's Pachuca, respectively.

The Texas Longhorns (14-4-3) finished at No. 14 in the nation in the last United Soccer Coaches poll of the season – the first time they've been ranked in the final Top 25 since 2008. ... Sophomore forward Cyera Hintzen was voted a USC Second Team All-American, just the sixth UT player ever to earn that honor, and freshman midfielder Haley Berg was named to Top Drawer's National Freshman Second Team.