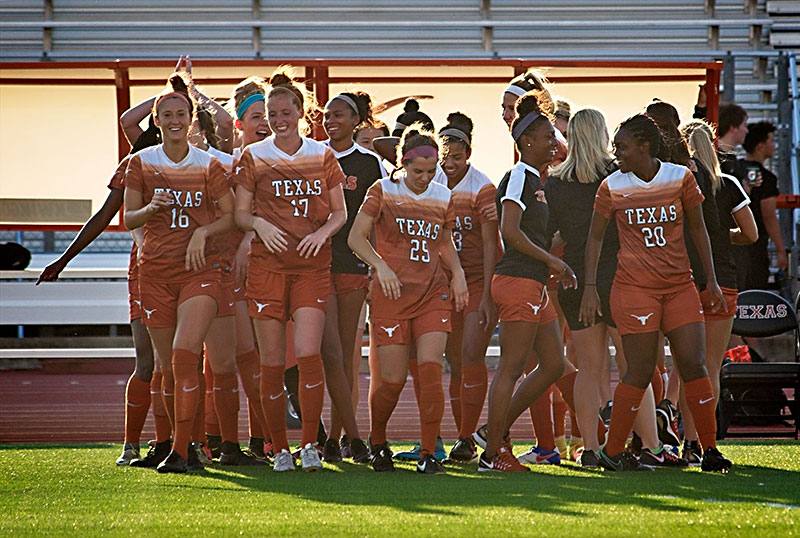 The Texas Longhorns finished their 2017 spring campaign in style last Friday, with a 4-0 blanking of St. Edward's – a team that finished last year on a 16-game unbeaten streak and ranked 11th in the nation in NCAA Div. II. The Horns had shutout wins in all four of their spring games, by a combined total of 16-0.

San Antonio FC continues to tear up the USL competition, with a pair of road wins this week in Seattle and Vancouver. At 5-0-1, they have the best record, and the best goal differential, in the 30-team league. They start a three-game home­ stand next Saturday, May 6.

It's crunch time in Europe, with the national leagues down to their last few games, and top teams that are still alive in the international and cup competitions playing two games a week – weekend and midweek – right through the end of the season in mid-May. Lots of TV options the next few weeks… Here's one: The North London derby, Arsenal at Spurs, Sunday at 10:25am on NBCSN finds both teams desperate for a win to keep their seasons alive… European Champions League semifinals are May 2-3 and 9-10, pitting crosstown rivals Atlético Madrid at Real Madrid on Tuesday, and Juventus at Monaco on Wednesday. Both at 1:45pm on Fox Sports… An exciting pair of FA Cup semifinals last weekend set up a London derby – Chelsea vs. Arsenal – for the May 27 final.