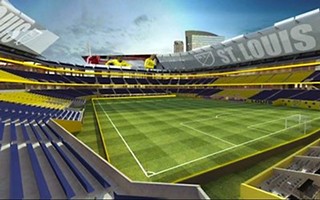 St. Louis voters on Tuesday turned down a proposal that would have put $60 million in city funding into a $200 million downtown soccer stadium. The 53-47% vote puts a big hole in the city's MLS expansion bid.

The European Champions League quarterfinals start this Tue.-Wed., April 11-12: Juventus-Barcelona and Dort­mund-Monaco on Tuesday; Bayern Munich-Real Madrid and Atletico Mad­rid-Leicester on Wednesday. All at 1:45pm on Fox Sports... Pachuca edged out FC Dallas on a stoppage-time goal Tuesday night to advance to the CONCACAF Champions League final; the Vancouver Whitecaps are ­hosting Tigres in the other semifinal as we go to press Wednesday night.