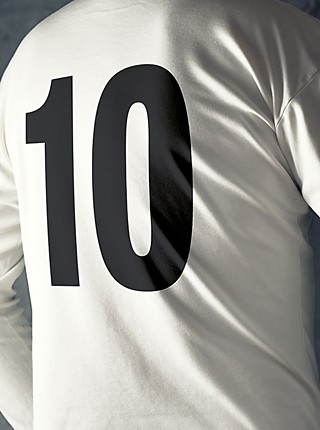 1) A summer of tournaments: It wasn't quite World Cup Fever, but the congruence of Euro 2016 in France and the Copa América Centenario here in the U.S. for the first time – four and five games a day for much of June – followed up by the Brazil Olympics in August, made a glorious feast for fans.

2) The very young Texas Long­horns finished 8-9-1, and last in the nine-team Big 12, failing to qualify for the conference tournament for the first time in the Angela Kelly era. Wait until next year.

3) St. Edward's men and women both made the NCAA playoffs (where both lost to Midwestern State). The men had been ranked as high as third in the nation.

4) Major League Soccer expansion plans were discussed late in the year, and Austin no longer appears on the short list of prospective cities for the next round, though a public survey circulated, gauging Austinites' support for such a move.

5) San Antonio FC had a pretty good first season in USL; they finished just outside the playoffs, and the average attendance of 6,170 ranked fourth in the 29-team league.

6) The Jurgen Klinsmann era is over for the U.S. men's national team – a pair of losses in World Cup qualifying was the last straw for his up-and-down five-year tenure.

7) The U.S. women finished 2016 unbeaten at 22-0-3 – but one of those ties turned into a PK-shootout loss in the Olympic quarterfinals, which marked the first time in 13 world championships that the U.S. didn't finish in the top three. U.S. goalkeeper Hope Solo's latest meltdown postgame – calling her opponents "cowards" for their defensive shell – likely ended her tumultuous national career.

8) A charter plane crash killed all but three of the players and coaching staff of the Brazilian soccer team Chapecoense, a small-market success story, on their way to their first Copa Libertadores final.

9) Twenty-seven years after the fact, an English jury found in April that 96 Liverpool fans who were crushed to death during a 1989 match at Hillsborough Stadium in Sheffield, England, had been "unlawfully killed" and were victims of what proved to be fatal police errors in judgment and execution, and not the fans' own actions, as officials had long claimed.

10) The United States of Soccer, local author Phil West's long-anticipated history of MLS and the Rise of American Soccer Fandom, was published in November.