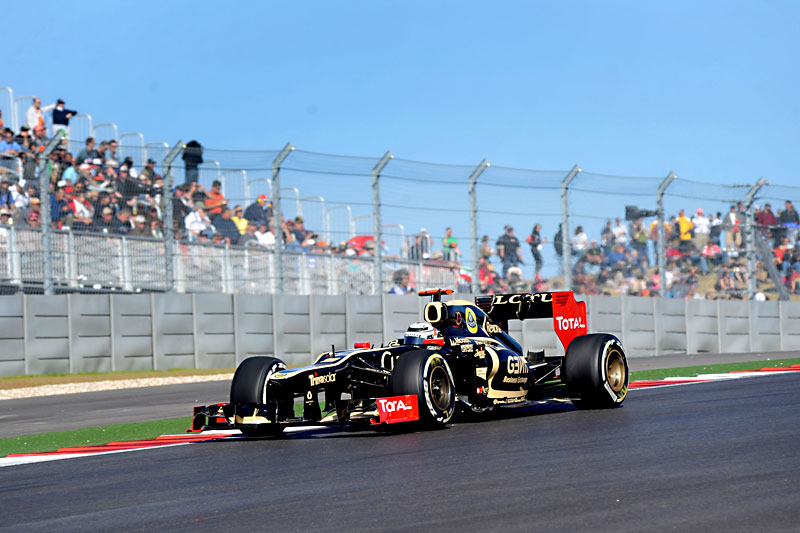 Remember when Formula One smashed into Austin in 2012, and all the maneuvering to put the U.S. Grand Prix at the end of the season, away from the hottest months? Mid-80s and blue skies is hardly the bleak depths of winter, but it's ideal conditions for possibly the most challenging race since the sport returned to American shores.

On the track, it's a strange fight between comrades. After a dominating 2015 season, British driver Lewis Hamilton finds himself in the unenviable position of chasing his Mercedes teammate, Germany's Nico Ros­berg. Together they sewed up the Construct­ors' Championship (awarded to the two-driver team with the most points) on Oct. 9 in Japan, but now they battle it out for top driver. It's hard to imagine this won't be Rosberg's year: With a 33-point lead, even if Hamilton wins all four remaining races, if Rosberg comes in second each time he'll still take the title. And no one is saying Rosberg will settle for second place.

But don't count Hamilton out either. With three wins at the Circuit of the Americas and its signature sweeping hairpin Turn One, Austin has always been good to him, and clear skies could be a good sign for a Hamilton resurgence.

The mild weekend is also perfect for a big addition off the track. It's not a Grand Prix without music, and it's tough to think that COTA could have picked a bigger concert for racegoers than Taylor Swift. Yup, T-Swizzle is a real change of gear after more dad-rock-friendly performers like Kid Rock and Elton John, but there's some method in that madness. Every F1 event has a concert, but it's normally Sunday night, after the race. Swift will rock out Saturday, and the hope is that her fans will stick around to check out Sunday's high-stakes racing action (and maybe check out Usher and the Roots before heading home).

The sport is changing. Longstanding supremo Bernie Ecclestone is finally out the door after years of scandals. COTA is looking for a big boost after last year's rain-soaked damp squib and increased competition from the Mexican Grand Prix's second year. So this is a fine time for a new direction; will Tay's squad be enough to make F1 cool again?