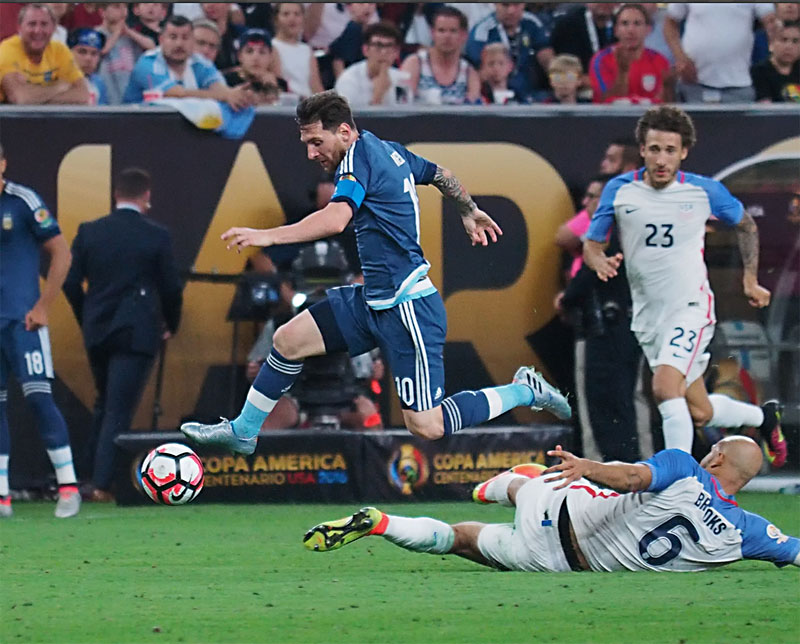 After shutout losses in four straight major tournament finals – including the last three years in a row – Argentine stars Lionel Messi, Javier Mascherano, and Sergio Aguero all announced they were retiring from the national team. Sad, if they do.

The U.S. had their best showing in some time. Yes, they finished just 3-3, but the losses were to teams ranked 1 and 3 in the world, so, no shame in that. The first-choice roster seems settled, with a nice mix of young talent. And Clint Dempsey still rocks; he had three goals and three assists, out of the seven total goals the U.S. scored.

The traditional favorites all flexed their muscles in the Round of 16, but the biggest star was tiny Iceland (pop. 323,000, smaller than 12 cities in California alone), who made it into the knockout round, and then stunned mighty England, in what quickly became known as Brexit 2.0. Almost a tenth of the Icelandic population were said to be in the south of France, watching the game; it's not exactly clear how the country is staying open. And their Viking hand-clapping chant, the "Huh," is the breakout hit of the season.

The quarterfinals take place each of the next four days – Thu.-Sun. – and the two weekend games are must-see, for different reasons (all games 2pm on ESPN or ESPN2).

Thu., June 30: Poland-Portugal Two mediocre performers so far. Poland was badly outplayed in their shootout win over Switzerland, and hugely talented Portugal again struggled to create attacking chances. Cristiano Ronaldo has had one good half in the first four games; he needs a few more.

Fri., July 1: Wales-Belgium The Belgians are the highest-rated team in Europe, and they finally looked like it in dismantling Hungary. But they still look fragile, and the Welsh are playing with a lot of cohesion and confidence.

Sat., July 2: Italy-Germany These are the two best teams in the tournament right now. Italy has looked clinical in 2-0 dissections of Belgium and Spain, and their back four, who play together all year at Juventus, are second to none. But the world champs are still the team to beat, and they're in a different gear after lineup tweaks. Fun fact: They've never beaten Italy in a competitive match.

Sun., July 3: Iceland-France Oh my, this should be fun. Can tiny Iceland slay another giant? Their win over England, that sent manager Roy Hodgson into retirement, was no fluke. They survived a third-minute penalty, came back and pretty much controlled play. (Mind you, England were awful.) Host France played a great second half to earn a comeback win over Ireland, but they sputtered up until then. If they don't find that intensity again, they could be in trouble. And Iceland will have to stay closed for another week. 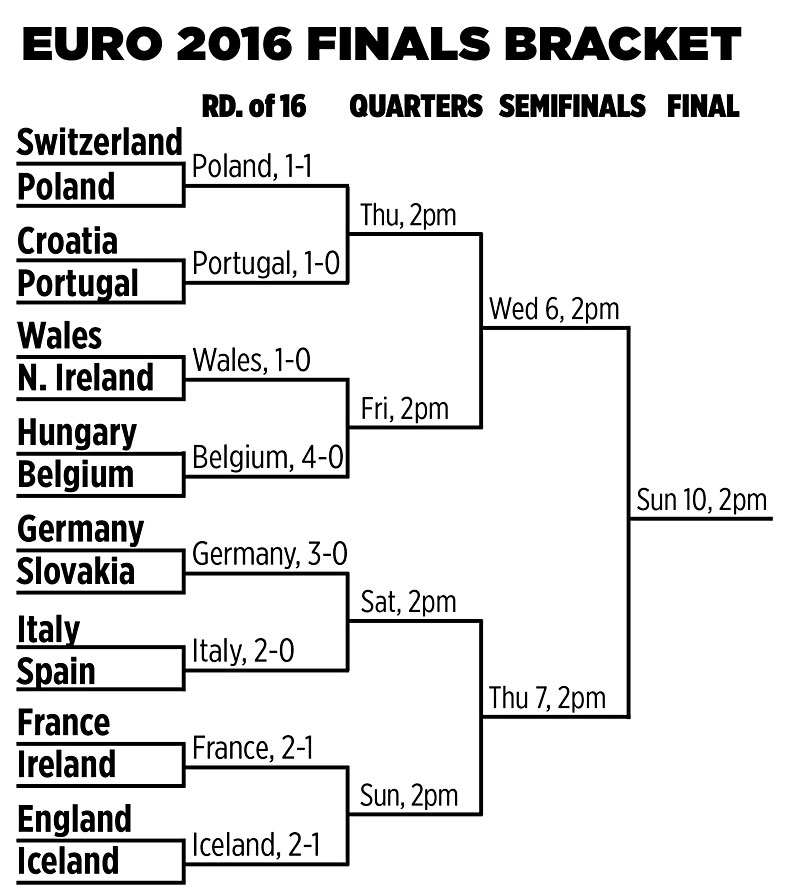