The NBA Playoffs are in full force, entering the round of conference semifinals. We have two Texas alums still playing. And, technically, Austin does have an NBA (affiliated) team – owned and operated by the San Antonio Spurs organization – so I'm going to take a tremendous liberty, and preview the remaining games of the Spurs series with the Kevin Durant-led Oklahoma City Thunder.

Tied at one apiece, the series has already seen unusual ups and mind-boggling downs, for both teams. San Antonio took Game 1 – a 124-92 high-efficiency washing of the Thunder – featuring hot shooting (60.7 FG%) and dominant play by former Longhorn standout and perennial NBA All-Star LaMarcus Aldridge. The scoring forward/center steamrolled the entire Thunder front line with every move in the handbook, scoring 38 points on 18-23 shooting. Two-time Defensive Player of the Year Kawhi Leonard scored 25, while holding Durant to only 16 points on 15 shots.

Game 2 – a razor-thin 98-97 victory for Oklahoma City – closed in one of the most confounding finishes in recent memory. With 13.5 seconds left, and trailing by that decisive point, OKC guard Dion Waiters clearly elbowed Spurs guard Manu Ginobili in the chest, during an inbound play – an action the referees later publicly agreed should have been called an offensive foul.

Aldridge would dominate once again – 41 points – but the rest of the Spurs' shooting remained in the locker room from the first quarter, missing 12 of their first 13 shots. They never shot well enough to make up the lost ground. Tim Duncan and Tony Parker were virtually nonexistent throughout.

Game 3 takes place Friday in Oklahoma City, where the Spurs are actually still favored. Look for something in between the first two matchups, with the Spurs' shooting evening out. The Thunder have no answer for Aldridge. Though the Thunder moved the ball with greater efficiency in Game 2, their mean usually has them necessitating too many contested field-goal attempts to score.

Prediction: Spurs win Game 3. All season long, the Thunder suffered from too many lapses in concentration. It will continue. Spurs in six. 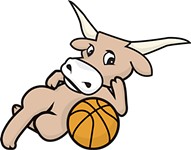