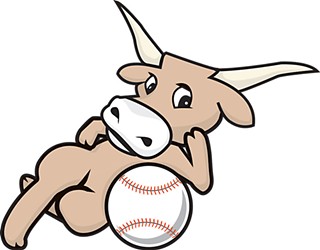 Interestingly enough, the Longhorns still have an outside shot at an NCAA Tournament berth. Texas currently has 21 losses, but a fourth-ranked SOS (strength of schedule). Last season, Clemson slid into the tournament, with 27 losses and an SOS ranked 33rd in the nation.

Trying to close out her Texas career with a bang, senior Courtney Okolo broke her own NCAA record in the 400 meter this past Saturday in the LSU Alumni Gold meet in Baton Rouge, with a 49.71 mark. She breaks the previous school record, which was held by Olympic gold medalist Sanya Richards-Ross (who is retiring from track & field following this summer's Olympics). It is the fastest time ever run by a collegiate woman. For her efforts, U.S. Track & Field recognized her as NCAA Division 1 Women's Athlete of the Week.

The two-time NCAA indoor champion told TexasSports.com that she could've run faster, citing that "the last 100, it was rough." The excellent jump-start on her season sets her up for promising run-up to the Olympic season, including the trials in July and August's Games in Rio de Janeiro.