International briefs: Christian Pulisic, 17, became the youngest American ever to play in a major European league, beating Freddy Adu's record by some 11 months, when he debuted for Dortmund Saturday; see him in action against Hertha Berlin at 8:30am Saturday on FS1... Pep Guardiola will be the new manager at Manchester City next season, after he leaves Bayern Munich at the end of this season... FIFA has blocked $20 million in funding to CONMEBOL and CONCACAF, the organizations that oversee soccer in the Americas, putting them under intense pressure as they prepare for this summer's Copa America Centenario.

Theo Zwanziger, former president of the German soccer federation, won a legal ruling on Tuesday, affirming that he can continue to refer to Qatar as a "cancerous growth on world football" – though the judge said he wanted more time to study opposing arguments before making a final ruling. 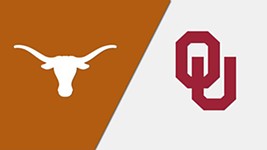