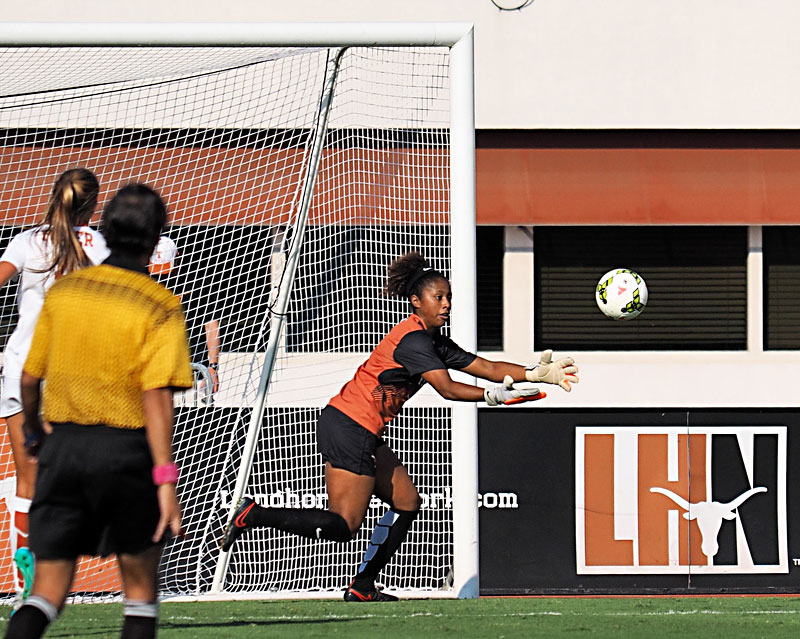 The St. Edward's men and women each split a pair of games over the weekend; both remain nationally ranked in NCAA Div. II. They host a pair of double-headers this week, against UT-Permian Basin on Thursday (men at 1pm, women at 3:30), and Lubbock Christian on Saturday (noon & 2:30pm).

West Virginia junior Kadeisha Buchanan, who was named the top young player at the Women's World Cup while playing for Canada, has made the short list for 2015 FIFA Women's World Player of the Year, along with World Cup champs Carli Lloyd, Megan Rapinoe, and Hope Solo. (Buchanan's Mountaineers represent UT's lone conference loss.)

The CONCACAF Champions League group stage ended this week, with all four U.S. entrants – D.C. United, LA Galaxy, Real Salt Lake, and Seattle Sounders – advancing to the quarterfinals, along with four from Mexico.

The U.S. has opened the Under-17 World Cup with a 2-0 loss to defending champion Nigeria, and a 2-2 draw with Croatia. They'll need a win Friday against host Chile (5:30pm on NBC Universo and FS2) to advance to the knockout round.

The Rochester Rhinos finished off a spectacular season Friday night with a come-from-behind 2-1 win over LA Galaxy II to take the USL championship. Jamaican striker Asani Samuels scored a tying goal in extra time, then slotted the winner in the second overtime.

Sunday is Decision Day in MLS – the last day of the regular season, with all games kicking off bi-simultaneously: Eastern conference at 4pm (FS1), West at 6pm (ESPN), with just about all the playoff positions still up for grabs.