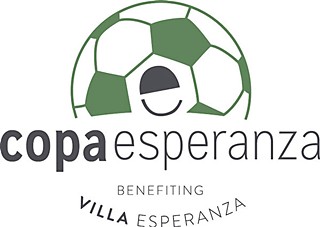 We're coming up on the registration deadline for the Third Annual Copa Esperanza, presented by Austin Coed Soccer Association, Saturday, March 1, at Northeast Metro Park in Pflugerville. This 7v7 tournament supports Villa Esperanza in helping provide scholarships to first generation Hispanic college students. See more info about Villa Esperanza and the students ACSA has sponsored, at www.villa-esperanza.org. All teams are guaranteed three games, with prizes in both divisions, Recreational and Competitive. Cost is $25 per player; register online – either with a team, or as an unaffiliated player – at www.acsasoccer.org/copa by this Wednesday, Feb. 20.

The Austin Aztex have added four more veterans from their 2013 championship squad to the 2014 roster: Twin brothers Walker and Tucker Hume (Westlake High) were towering presences at defense and striker, respectively. Attacking midfielder Jeff Harwell (an SMU grad), and forward Daniel Riley (back-to-back winner of the Heartland Conference Player of the Year for St. Edward's Univ.) are back as well... Also back in camp is last year's team captain, Zack Pope, albeit in a new role: He'll be an assistant coach under new headman Manuel Buentello. Pope, 27, is a great guy who's been involved in local soccer in a lot of different capacities since graduating from high school in Round Rock, starting in college at Duke, and spending time in the Chicago Fire and FC Dallas systems.

No less than nine former Aztex players are working to make an impression at MLS preseason camps around the country – with perhaps the greatest success coming down the road at the Houston Dynamo, where goalie Michael Lisch (also from Westlake High) stopped a penalty kick in one preseason game, while Sito Seaone, star of last year's Aztex playoff run, has notched two goals and an assist in four games.