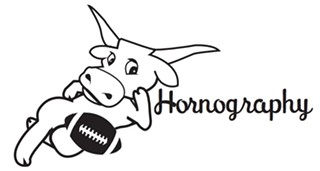 Last week's 40-21 fiasco against BYU was such a trainwreck that Mack Brown fired a man midseason for the first time in his 30 years as a head coach.

Manny Diaz is out as defensive coordinator – taking the team's national ranking with him – after presiding over twin-killing nadirs that saw Texas yield a school-record 404 yards per game in 2012 and 550 rushing yards to BYU last weekend in Provo. In replacement, veteran defensive coordinator Greg Robinson reassumes the position he held in 2004. The 61-year-old bounced around Syracuse and Michigan before rejoining the program as a scouting analyst in July, hoping to recapture some of the magic from 2004's 11-1, Rose Bowl-winning D. Texas ranked 23rd in total defense that year, allowing 320 yards per game, and, most relevant to the present, ranked 16th against the run.

Robinson will have his first chance Satur­day against the Rebels of Ole Miss (2-0, ranked 25 by the Associated Press), who pop into Austin for only the second time ever. Like the Longhorns, Mississippi returns 19 starters from 2012 – making this game a man-on-man rematch of last season's emphatic 66-31 Longhorn victory in Oxford.

Quarterback Bo Wallace and marquee receiver Donte Moncrief headline a Rebel offense ranked No. 31, and senior tailback Jeff Scott, a 5-foot-7-inch bruiser, is back after a season in which he averaged 4.3 yards a carry.

The Longhorns were able to put Wallace under the microscope 12 months ago, intercepting him thrice. Briefly coveted by Texas out of junior college, he's a high-risk, high-reward gunslinger who's unafraid to take chances, as evidenced by last year's 22/17 touchdown-to-interception ratio.

2012's Rebels finished last in the imposing SEC West at 7-6, and though they return basically the same personnel that got outgunned by UT last September, are undefeated, trending upward, and present a dicey encounter for Mack Brown's erratic Longhorns. The irate eyes of Texas will fixate upon Robinson's turmoil-smothered defense, but the real onus will fall on UT's offense to take initiative and snatch victory on Saturday night. They pulled it off last year, but as we've been quick to learn, this year is proving like no other.

Not to mention that quarterback David Ash, who threw four touchdowns in that showdown last September, is day-to-day with a head injury. Will he be able to play, or are we entering Case McCoy country?