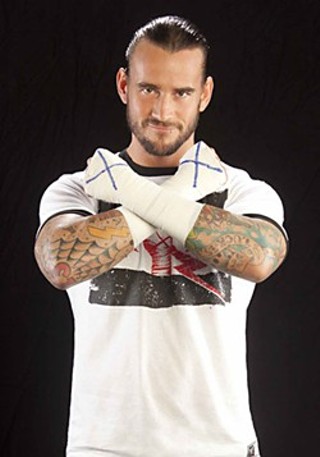 When did the WWE get fun again? The biggest show in pro wrestling returns for a Friday night showdown just as life is getting interesting. WWE champion CM Punk (r) is back from an injury and proving, night after night, that he is the best in the world. Now he's heading to a Royal Rumble showdown with the most electrifying man in sports entertainment, The Rock. Don't expect the star of The Tooth Fairy and GI Joe: Retaliation to show up (Dwayne don't do house shows), but with Punk still snarling in his long-running and brutal feud with the rising Ryback, brutality will be the order of the day. Plus there's the wild card stable of The Shield – featuring the true next big thing, the sneaky, savage Dean Ambrose – running riot. This is a nontelevised show, so expect less blah-blah-blah and more smash-smash-smash.